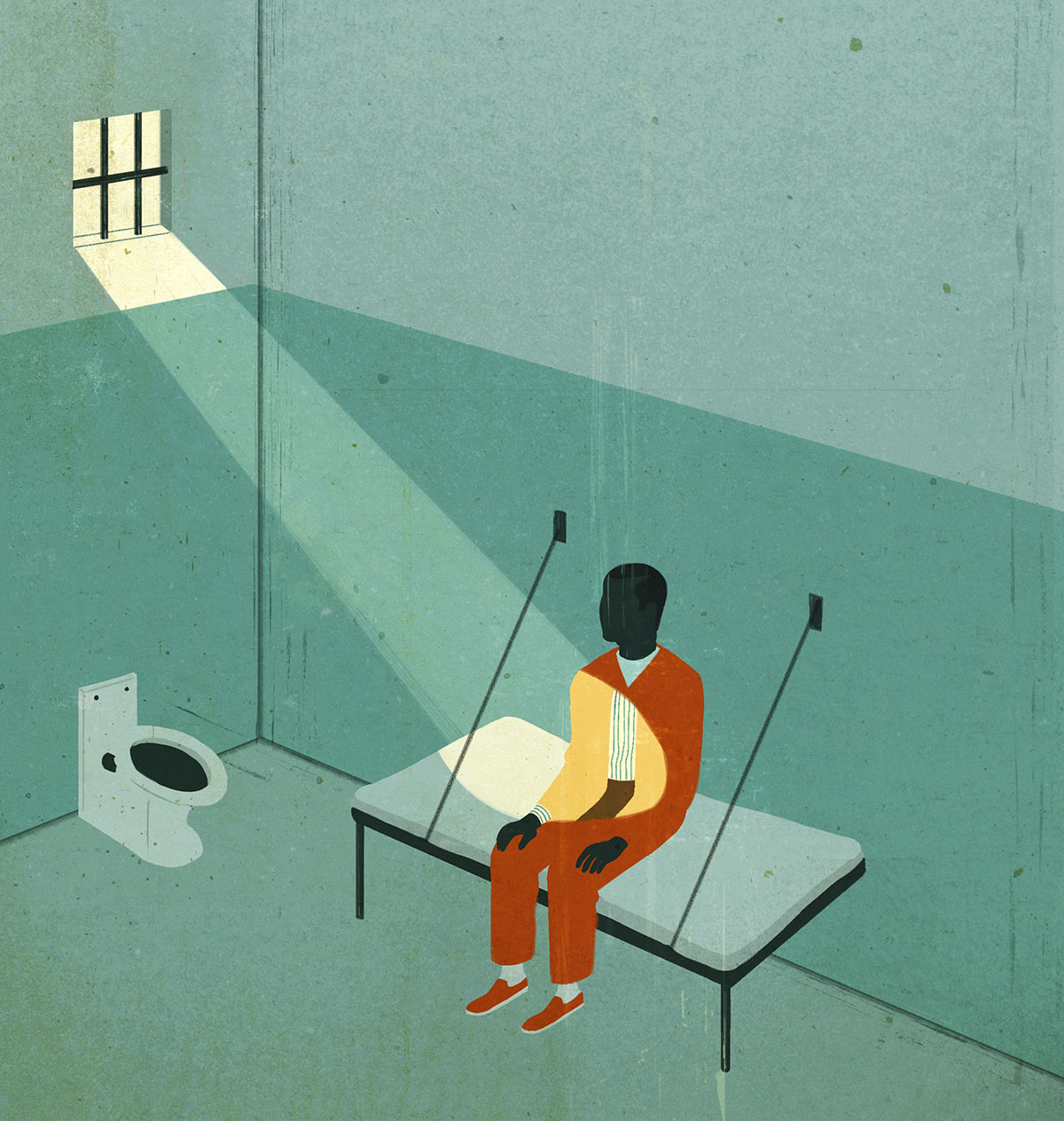 On October 4, 2011, Anthony walked out of prison into the arms of family, friends and a legal team — the joyous end to a nightmare that began when he was wrongly convicted of murder based on the testimony of a pimp who later admitted he lied. His release was the result of a tireless legal effort by Loyola Law School students and the Northern California Innocence Project of the Santa Clara University School of Law.

There was no physical evidence to tie then 19-year-old Anthony to the shooting, and he steadfastly maintained he was never at the scene of the crime, a brothel near the corner of 49th and Figueroa in South Los Angeles.

Loyola Law School’s Project for the Innocent played a major role in uncovering new evidence that exonerated Anthony. The program, led by Laurie Levenson, William Rains Fellow and David W. Burcham Chair in Ethical Advocacy, worked with the Northern California Innocence Project, which took on Anthony’s case in 2008. Because the crime occurred in its “backyard,” Project for the Innocent helped interview witnesses such as gang members, inmates, prostitutes and, most critically, John Jones, the prosecution’s discredited star witness.

The hands-on investigation led to the filing of a petition for a writ of habeas corpus, which resulted in an evidentiary hearing this summer. At the 11-day hearing, the Loyola team served as co-counsel, putting on a number of witnesses including Jones, who had falsely identified Anthony and co-defendant Reggie Cole as the shooters. (In a separate ruling, Cole was released this past May.)

Loyola Law students and graduates were present throughout the hearing, putting together motions and organizing exhibits. Levenson and Adam Grant ’10 sat at counsel’s table and examined witnesses. Nathan Smith ’11 filed motions that the judge repeatedly cited.

“Meeting the legal standard is so difficult,” says Levenson, a federal prosecutor for eight years. “I knew we had done all we could and that we had shown compelling evidence that Obie Anthony should have never been convicted. But I’ve tried enough cases to never be confident about a verdict.”

In overturning the conviction, Judge Filer concluded that Jones, around whom the entire case was built, had lied to the jury in exchange for a “sweetheart deal” that the prosecution had failed to disclose. He ordered Anthony freed.

“I’ll take justice late rather than never,” says Levenson, who directs the LLS Center for Ethical Advocacy. “It was an amazing team effort. We had a host of students who worked on many different dimensions of the case. We had students training new students — it became one big family. They gave so much of themselves. This was a different education than you usually get in law school.”

Grant, who started working on the case as a student in 2009, is now working full time at Project for the Innocent as a post-doctoral fellow.

“If you can’t get a sense of justice trying to help an innocent person not spend the rest of his life in jail, I don’t know where you’re going to get it,” says Grant. “There’s a rush with helping people who really need your help.”

Grant was one of about 30 Loyola students who were involved for more than two years in the case, the first for Project for the Innocent. The project is part of Loyola Law School’s Alarcón Advocacy Center, which provides opportunities for students to work in post-conviction clinics.

Students Jeff Ingram ’12, Kasondra Komadina ’12, Cherie Lee ’12 and Smith, along with many others, not only worked on Anthony’s case but helped establish a database and other systems for the fledgling program. “Building this case went hand in hand with building the center,” Grant says.

Levenson also acknowledges former students Mark Hong ’09 and Helen Wu ’09, now married, who walked into her office back in 2008 wanting to do “something that mattered” and sparked the search that led to the Anthony case. 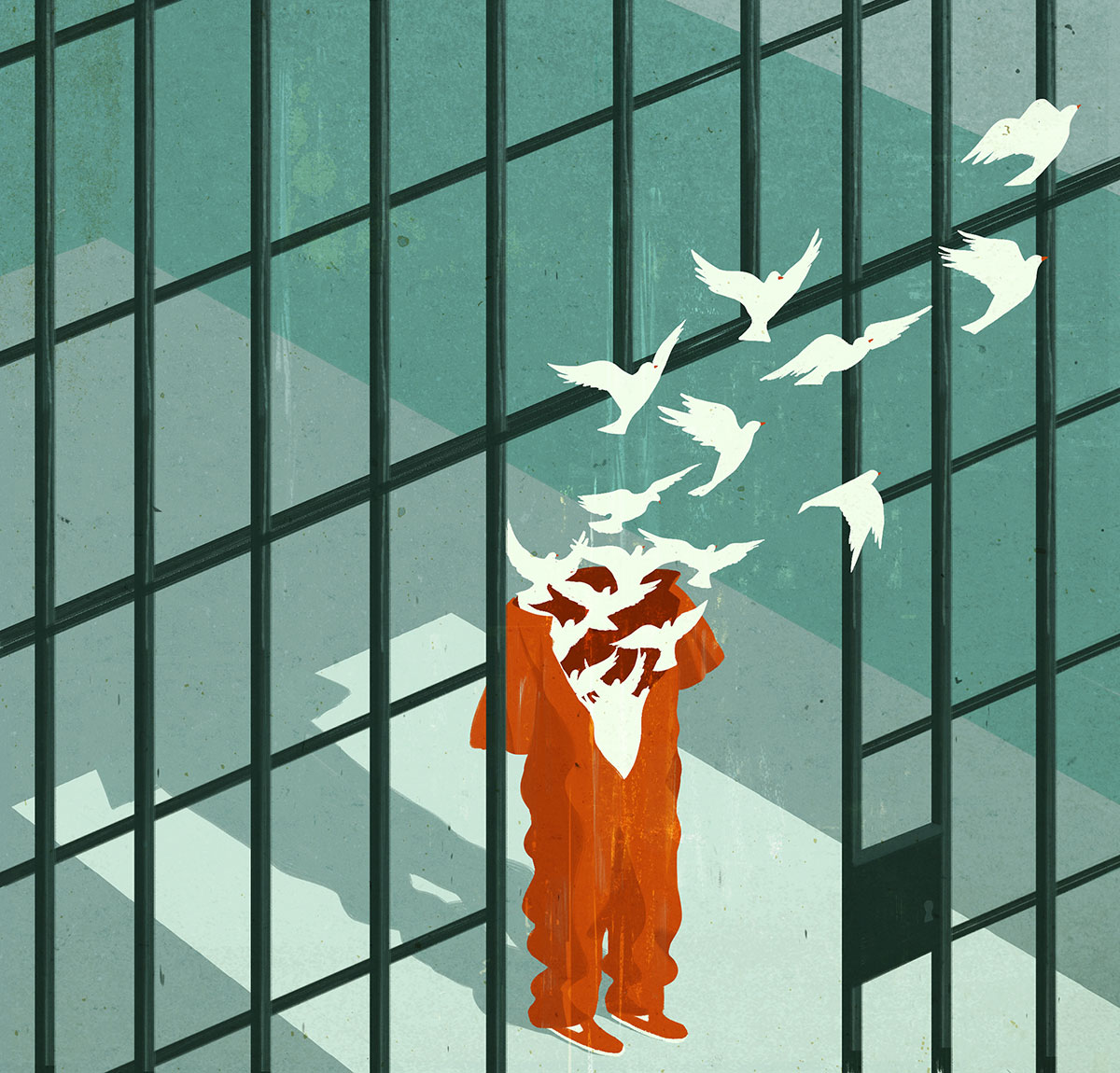 Now that Anthony is a free man, Loyola students continue to work on his behalf.

“The first order of business was getting Anthony free,” Grant says. “But after a 17-year incarceration, he’s in a tough position. He’s a guy without a résumé, a job, housing, or income. He’s such an amazing guy, he’s not going to need our help forever. But he needs our help getting started.”

“My office is full of donations from students — clothes, gift cards, cash, books,” Levenson says. “They’re trying to help him put his life back together, and that’s a whole different challenge. This is what makes Loyola students special. It doesn’t show up on standardized tests, but this is the heart of a Loyola student.”

Project for the Innocent is now reviewing other cases to take on, Levenson says. “We’re getting about eight inquiries a day, and we have to carefully go through them to decide which ones we can be most helpful with and then go to the next stage to investigate. We have at least 200, maybe 300 cases in our system.”

“We hear about a lot of cases like Anthony’s, with similar evidence that hinges on not much more than seemingly tainted eyewitness identification,” Grant adds. “I don’t know if we could call Anthony’s situation common, but it is certainly something we see, and it is always shocking.”

Suesan Gerard ’11, who teamed with Grant on portions of the habeas brief and received the California State Bar President’s Pro Bono Service Award for her role at Project for the Innocent, is now working in the San Diego County Public Defender’s Office. She took a couple days off to attend Anthony’s hearing.

“As a public defender, you accept that some times, maybe most times, your client is guilty. But my very first ‘client’ was Obie, and he didn’t belong in prison,” Gerard says. “There is a saying, ‘God save me from an innocent client,’ because they might be convicted despite your best efforts. But Obie makes you remember why you do this, and that every now and then your efforts go toward a just result.