Unlike so many of you lucky people reading this magazine, I did not attend LMU. But I grew up in Westchester and often rode my bike on campus — something I still do today, since I now live in Playa del Rey. Riding on the bluff is an incredible experience, and as a committed member of LMU’s Board of Trustees, I take opportunities whenever I can to benefit from all the bluff affords.

When I ride on the bluff, I often think about how privileged we are to have it. It sits under our feet, or bike tires, or skateboards, supplying us with the foundation to soar, and yet how often do we notice it? Without it, where would we be?

Loyola Marymount is a place of substance with many strong foundations under it — the Ignatian tradition of keen academics and a faith that does justice; the excellence and foresight of those who came before us; and something I have a particular interest in, the university’s endowment. It’s LMU’s financial backbone and is both a nest egg and a long-term lifeline. While perhaps not as beautiful as the bluff or as transformative as Ignatius’ example, it is nonetheless very important.

As the chairman of LMU’s Endowment Fund Investment Committee, I want to tell you about LMU’s endowment, where it stands, why it matters and why our work is not nearly done.

Earlier this year, LMU closed the books on a historic fundraising achievement. “Right Place. Right Time. The Campaign for LMU” raised an extraordinary $411 million. This amount was 8 percent greater than the campaign’s goal of $380 million. Many gave generously, and many worthwhile aims were achieved, which you’ll no doubt joyously read about on the pages of this magazine and elsewhere. 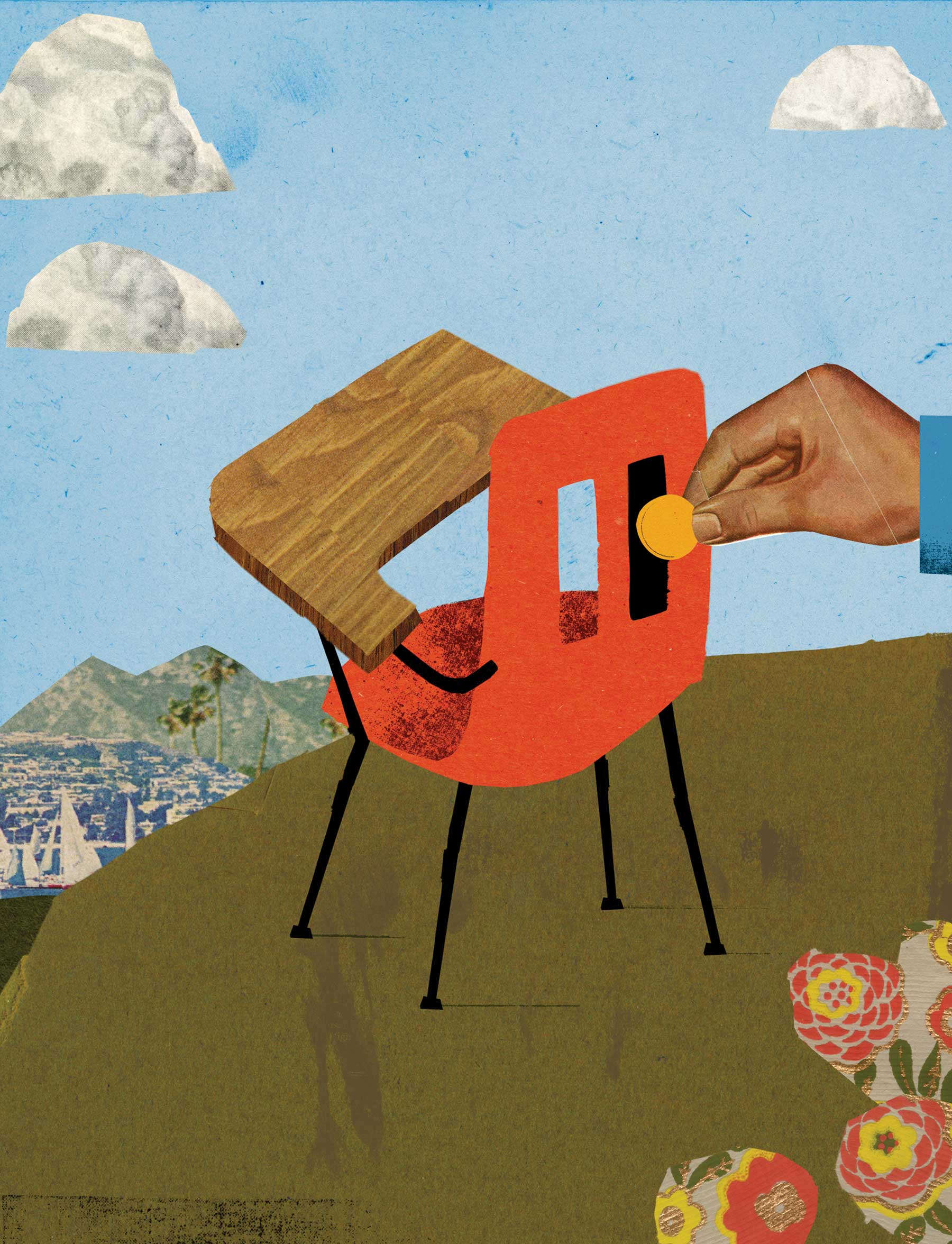 Amid all the advancements, though, there is a hole that must be filled and remain filled for generations to come. That “hole,” so to speak, is LMU’s endowment. We have made progress on filling it, but we have much more work to do.

I can report that, at the time of this writing, LMU possesses an endowment of approximately $377 million. That might sound like a large amount, but relative to the university’s needs and expectations in a competitive college landscape, it is not. To prosper during the next five to 10 years, LMU must double its endowment and more. A robust endowment is neither a luxury nor a vainglorious attempt to run with the big boys; doubling the endowment would place LMU on a similar footing as Santa Clara University, our sister Jesuit school.

You may ask, didn’t the campaign cover all of this? Well, yes and no. The campaign brought in $107 million toward the endowment. This fell considerably short of the campaign goal. This one remaining area stands out as an important and achievable opportunity.

Why? An endowment is about building financially for the future. Earned interest from an endowment ensures the stability and affordability of the university, and betters the educational process. An endowment pays for and funds general operating costs.

An endowment covers financial aid and faculty salaries. An endowment means having the power to grow and prosper. If a university were a person, its endowment would be analogous to a 401(k) plan — something that grows with regular contributions plus market gains over time, not something to be raided on a whim or used to solve short-term problems.

Clearly, part of LMU’s ongoing success is the ability to both enroll students from all socioeconomic backgrounds — regardless of their families’ capacity to pay full freight — as well as attract prized faculty with top credentials.

President David W. Burcham has a keen eye toward keeping LMU’s mission, tradition and core values in place. This means welcoming with open arms students from all walks of life and providing all our students with the academic, co-curricular and extra-curricular opportunities for which LMU is so deservedly renowned. Again, without a sufficient endowment, the university’s ability to do all of this is at risk.

In this day and age, a Jesuit education has never been more relevant. An institution of LMU’s stature and size requires a commensurate endowment. Many of you have done much. That dedication is in demand one more time. Part of my commitment to LMU is to make certain that the school’s money is managed prudently. But I also have the obligation — and the honor — to point out that a premier education comes at a price. The time is upon us to match our endowment to our mission.