Down a little-known avenue named Dell that runs between Washington and Venice Boulevards, you can actually drive through the Venice Canals. They used to encompass most of Venice Beach, but now just a few precious blocks remain where unearthly architectural masterpieces live alongside quaint, thatched-roof, turn-of-the-century cottages, all viewed by multiple generations of ducks swimming in the seemingly still water that eventually leads to the Pacific Ocean. Whenever the boardwalk gets to be too much, with its modern-day carnies and camera-wielding tourists, I escape to the canals to find the same peace and beauty that people have sought since “Venice of America” opened to the public in 1905. You can still take a small boat around the serene waterways, but I love to walk over the many original bridges that connect one side of the water to the other, taking in the same idyllic views as visitors have for more than 100 years. 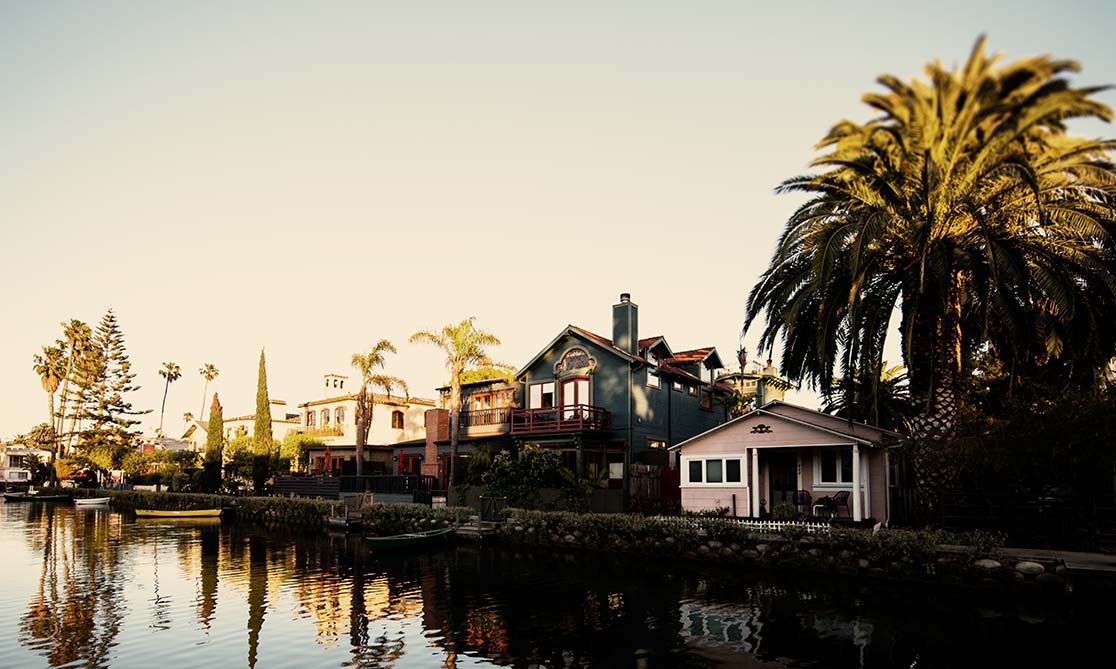