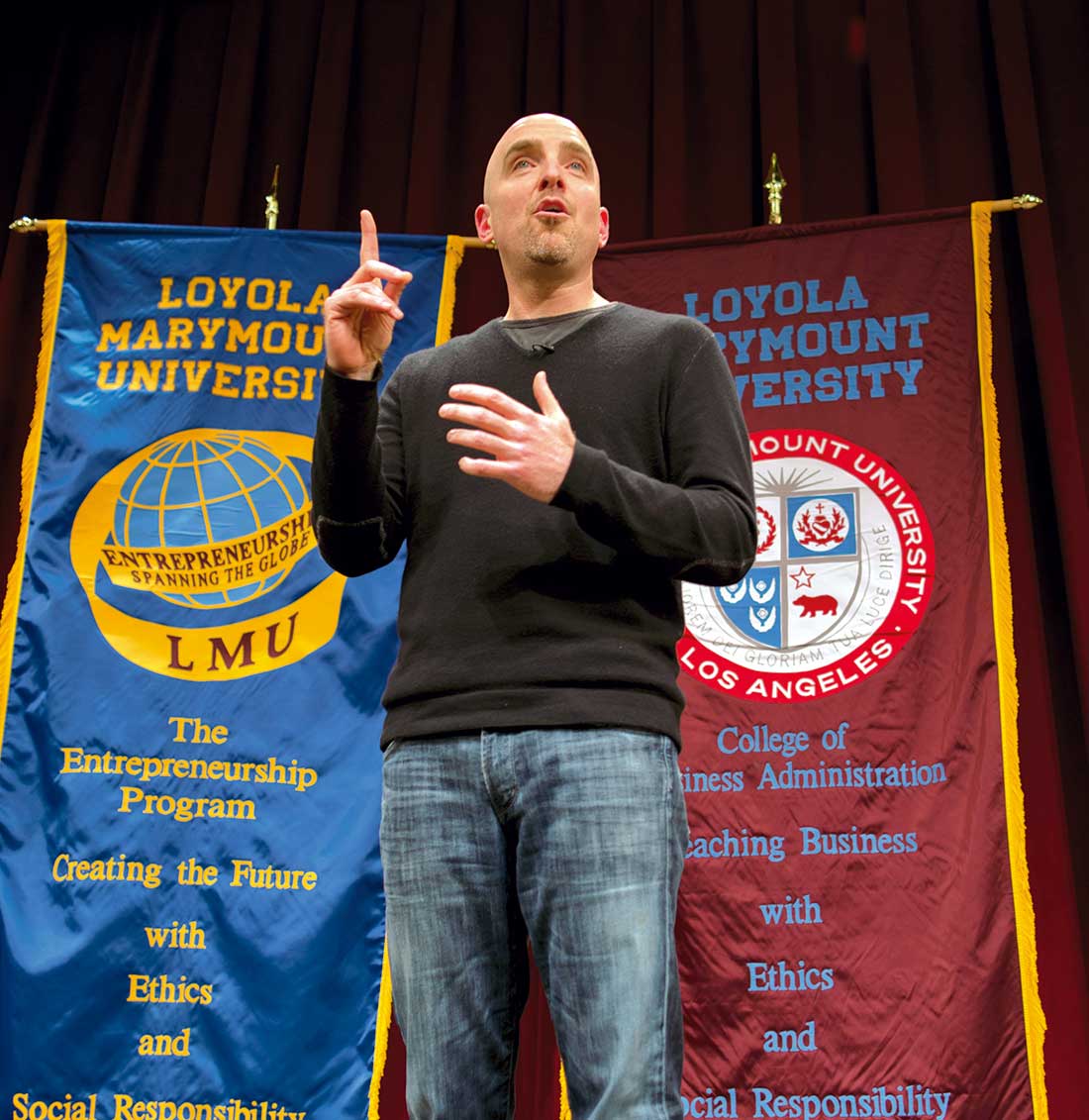 Brad Keywell, co-founder of Groupon, came to campus Feb. 25, to talk openly about his “sickness” — his insatiable urge to start businesses. And he spent an hour telling CBA students how to catch the disease.

Keywell started so young that he relies on his mother for information about his first business: making greeting cards at the age of 6. He started a poster business in college, which he calls a Mecca of entrepreneurship: College, he said, is where “you get to set your own schedule, allocate your time and resources, and define what’s important to you.” Now a confirmed serial entrepreneur, Keywell has launched some 15 businesses, and his latest, Lightbank, a venture capital company, has invested in 20 more.

Resourcefulness and confidence are crucial for any entrepreneur, Keywell said. “The job in starting a company is to understand the instruction manual when the instruction manual doesn’t exist.” But this wildly successful business visionary also emphasized the ability to learn from and work with others, starting with the word “no.”

When someone says “no” to your business idea, that’s a learning opportunity. “The lesson may be that the idea is not good,” he explained. “The lesson isn’t that you are not good, but that you have to try harder.”

Keywell believes the right business partner can help an entrepreneur overcome a common weakness: the “illusion of universal expertise” — it’s hard for entrepreneurs to see their weaknesses. In Keywell’s eyes, the best partners bring qualities an entrepreneur lacks. Complementarity, he said, leads to synergism. “Look for the person who can help you make 1 + 1 = 3.”

Fred Kiesner, retired professor of management in the College of Business Administration, was his mentor, Keywell said. As a college freshman, he talked his way into a graduate course on entrepreneurship that Kiesner, early in his own career, was teaching at the University of Michigan, and they’ve been friends since. That experience is a signpost on his path of success, Keywell said, and its lesson is the importance of others in achieving one’s goals.

“People are paramount as partners, mentors, workers and customers,” Keywell explained. “Someone may change your life, but you won’t know who that person is until you look back. And, hopefully, all of you will keep your eyes open as you make your way along the path.”