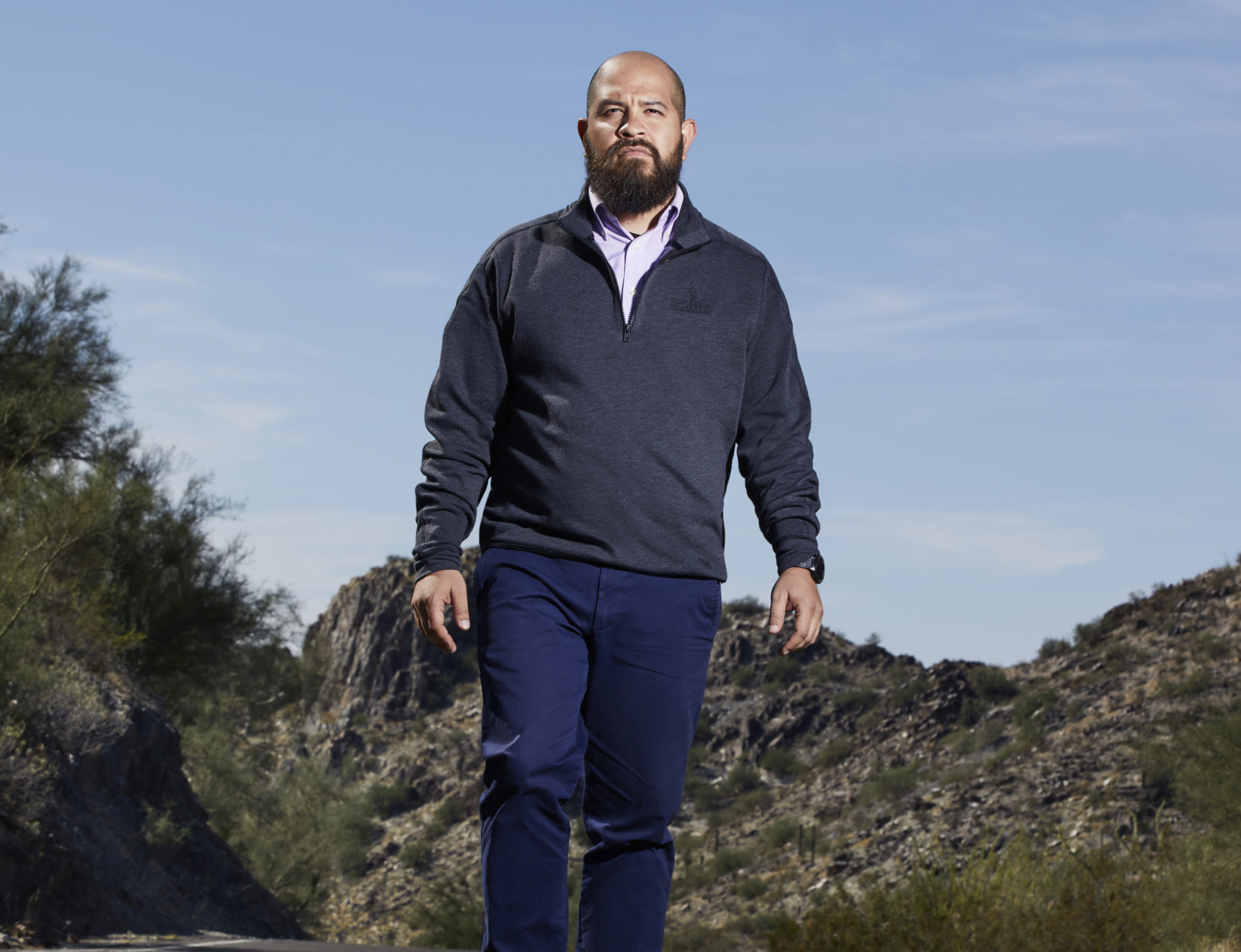 You never forget distinctive smells that mark a particular moment in your life. Like the smell of eucalyptus trees as you walk by Sacred Heart Chapel to the bluff. Or the smell of chlorine after being dunked in Foley Pond for your birthday. A new smell has been forever seared into my sensory bank. It’s a less attractive smell, but one that I hope to never forget. It’s the smell of a room full of feet who have traveled hundreds of miles from their homes in Central America in order to seek asylum in the United States. For the past eight months, I have had the opportunity to walk alongside the hundreds of families seeking asylum here in the U.S. Unfortunately, that opportunity to stand with these families has become more dificult as a result of changing policies that limit them from seeking asylum safely in the United States.

In February, I moved to Phoenix to begin working at Brophy College Prep. In this same month, the Jesuits announced the Universal Apostolic Preferences (UAP): the priorities for the worldwide Society of Jesus. They are: showing the way to God through the Spiritual Exercises and discernment, journeying with youth, caring for our common home, and walking with the excluded. As the UAPs were being shared across each Jesuit institution, Phoenix was beginning to receive families being released by Immigration and Customs Enforcement in unprecedented numbers. Local churches and community organizations were stepping up to offer hospitality, yet when the capacity to host these families was unable to meet the increasing numbers, ICE began dropping families off outside the Greyhound station. These families were vulnerable. Half had young children, sometimes younger than 2 years old. They were exposed to the elements, without a phone to call family, and given only a sack lunch and a bottle of water. The threat of hate groups also put these families at risk, even though they were legally in the country, seeking asylum, fleeing violence in their home country.

As churches became more and more overwhelmed, city partners and other organizations began to scramble to support and protect these families being released in Phoenix. A mother of a Brophy student reached out to several teachers, asking how Brophy could respond to the crisis, especially in light of the recently announced UAPs. I recall getting call after call, being told that more families would be dropped off at the Greyhound station. Arriving there one Monday, rain clouds rolling in, I saw a confused crowd of people standing around unsure of where they were or how to get in touch with their families. I had nothing to offer but my cell phone and an ability to speak Spanish. It was clear that more needed to be done. So, Brophy partnered with the local Society of St. Vincent de Paul, International Rescue Committee, 100 Angels and the Phoenix Restoration Project to open a day relief center to provide a safe place for families to rest, eat, receive medical attention and contact families to coordinate the next step in their journey. Over the course of the next few months, we received and supported more than 3,000 individuals, half of those being children.

In May, we were receiving almost 300 people a day throughout the city of Phoenix. These numbers were only a fraction of the numbers of people arriving in El Paso and San Diego. Yet, in June, as we began to read news of horrid conditions of children and families being held in Customs and Border Protection custody, we also began to see a significant shift in administrative border policies that have dramatically affected our ability to continue to offer support. This includes the introduction of the “Remain in Mexico” policy, returning asylum seekers to Mexico to await their court case, and now the implementation of the “Safe Third Country” rule, that one must apply for asylum in the first proximal country regardless of potential threats that may exist in that country. The most recent threat to caring for this very vulnerable community is the U.S.’s ability to detain families indefinitely, a shift in practice that was associated with the troubling “family separation” policy.

We find ourselves in a challenging moment for our nation’s immigration policies. Yet, the Society of Jesus has helped us understand clearly how we as Jesuit institutions are called to respond to this moment. We are called to “walk with the poor, the outcasts of the world, those whose dignity has been violated, in a mission of reconciliation and justice.” For us, at Brophy, that has meant walking alongside these families and advocating for more just policies to ensure their rights and protections. The unrelenting hope of the hundreds of men, women and children who I have been privileged to meet in this work reminds me that “Dios es mas grande.” God has brought them this far in their journey, and “primeramente Dios,” they trust they will make it to their destination. I find it necessary and helpful to remind myself that, in Martin Luther King Jr.’s words, the “arc of the moral universe is long, but it bends toward justice.” These families have journeyed for months, across many dangers, and yet their hope never fades. I pray to hold on to their hope as we continue to advocate for more humane and just comprehensive immigration policies.