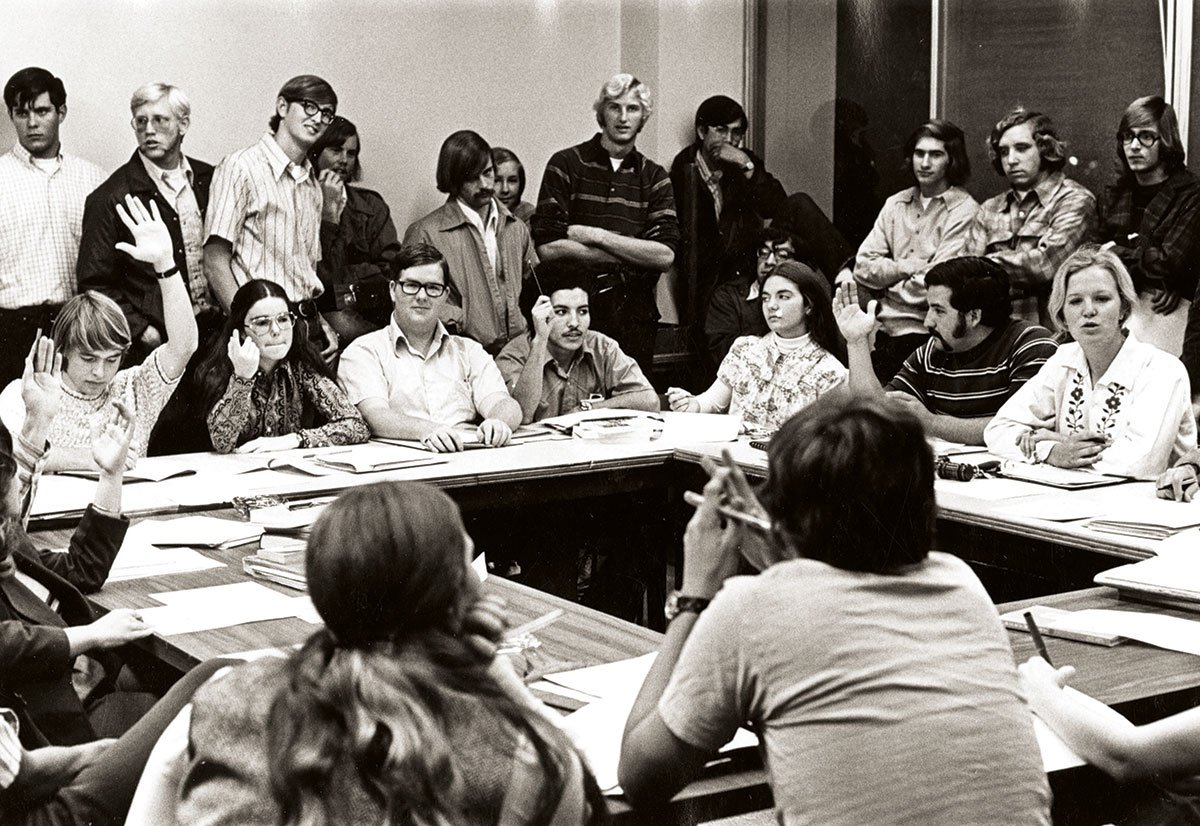 Behind almost any institution — but perhaps especially Loyola Marymount University — is a myriad of stories that puts in human, personal terms the histories of how people lived their lives and met their challenges. Starting in 2010, LMU began collecting the stories of the university as remembered by alumni, faculty and staff. Seven students, guided by Laurie Pintar, an adjunct professor of history, began the work of assembling memories and reflections of events, milestones and day-to-day life on the LMU campus.

The stories go back seven decades. During that time, LMU and its community witnessed and engaged with events ranging from a world war and an era of tumultuous social and political change to a fundamental institutional transformation, an expansion of students and campus, and athletic triumphs and tragedies. The memories collected reflect those events: watching the Vietnam war draft in a residence hall, the first day of college, the life-changing impact of joining a service organization, the memories of a nun who lived on an all-male campus while taking summer school classes in the ’50s, the electricity in Gersten Pavilion when Coach Paul Westhead’s basketball “System” was running at full throttle. 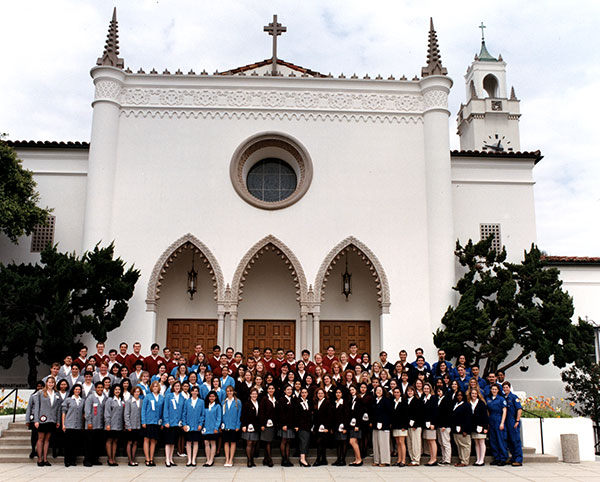 TAMIKA LANG ’01 ON BEING PART OF A SERVICE ORGANIZATION
My experience at LMU really taught me what it meant to serve others and serve with others. It really changed my life in that way. Service organizations seemed to be something that resonated with me and my personality. So it was a wonderful opportunity to get to know 50 different women at different levels with different interests and to do service together. It was a great experience not only because of the service projects and the people we were able to get to know, but also the side projects and retreats we did. I served on the board for Belles. We had a board retreat and were able to plan all the activities for women. It was a very fun time, and I learned so much about working with others. 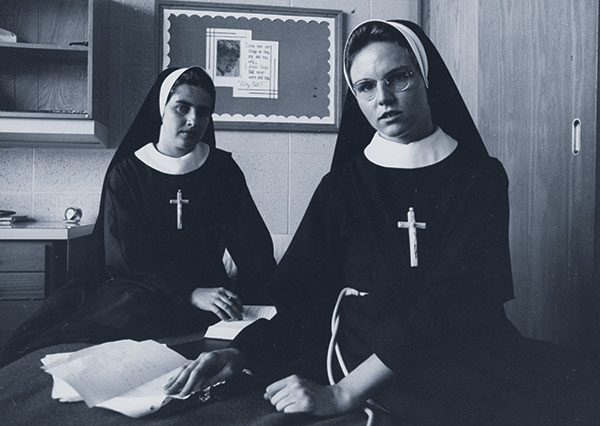 AGNES MARIE SCHON, C.S.J. ’54 ON STARTING HER ENGLISH DEGREE AT LOYOLA UNIVERSITY AS A NUN IN 1950
I was very happy to go to Loyola. And the time that I went, it was the first summer Loyola had ever opened to women. I think most of the women on campus for that occasion were women religious. And so I was in the first group to start. [I was] very excited to go there because it was a Jesuit university, and none of the sisters had gone to Loyola. We were living in Huesman Hall, which had been used by football players. That amused us very much because there were footprints from the boys on the wall. 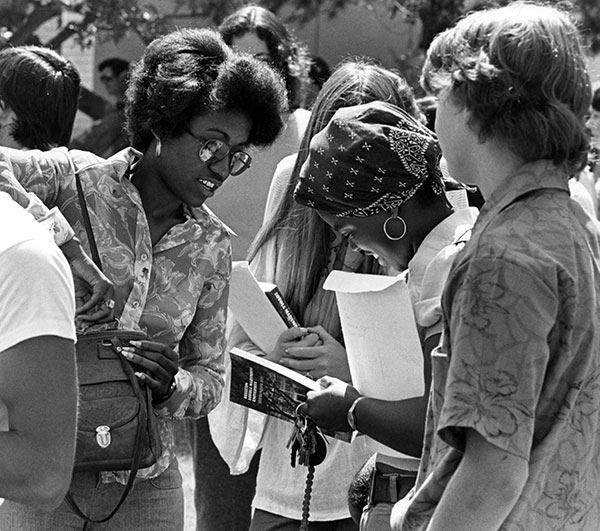 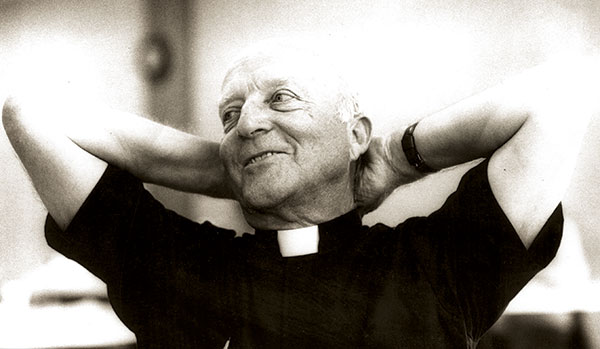 CHRISTOPHER SILVA ’86 ON ALFRED J. KILP, S.J.
I remember some of the conversations that I had with Father Kilp. Father Kilp was our mentor when I was in Crimson Circle, and he was a wonderful man. He was a very soft-spoken man, and he was an amazing gentleman. He was a true Jesuit in the highest sense of the word. He was respectful of everyone. He cared very deeply about service, service to God, service to self, service to others, above all service to others. He conducted himself with such dignity. Dignity is a word that I don’t use very often to describe anyone who I have met. He conducted himself with tremendous grace. Just being around him and being in his presence had a very significant impact on me as a man. 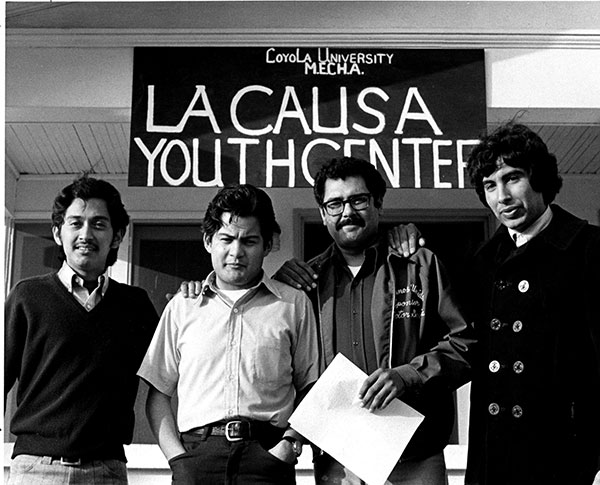 MICHAEL ENGH, S.J. ’72 ON ENCOURAGING DIVERSITY
Donald P. Merrifield, S.J., made it a priority to begin diversifying the student population and providing the financial aid to make that possible. He was building on a tradition of Loyola that had been very pro-civil rights, but had few students of color on campus. If you can imagine a university that was oriented toward justice and civil rights, but had not reached out actively to recruit, that’s the situation we had. Merrifield made sure that we did the recruiting, we had the financial aid. That’s why he helped found the Mexican-American Alumni Association. 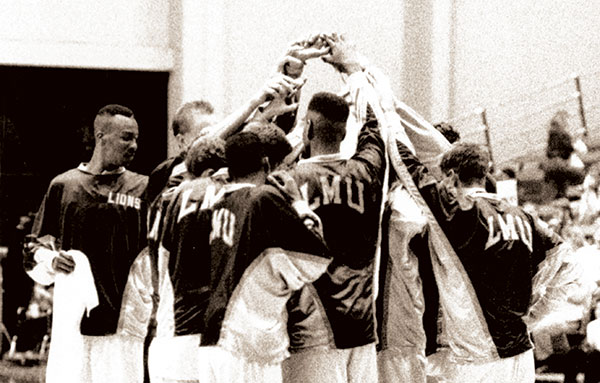 DAVID HERBST ’91 ON THE 1989–90 BASKETBALL TEAM
Paul Westhead was like a god. Here’s a guy who taught Shakespeare, coached “The System,” the fast-break system, and helped the team run up more points in a game than any other team in the nation. Watching games, you were like sardines in the student section because it was students on top of students. You would be stuck up in the rafters, slammed in there, and at times you couldn’t get in. The 1990 run we made with the NCAA was phenomenal; it was fantastic. There was an energy that was inescapable, and even a guy like me, who is not considered a sports guy, just got caught up in it. You couldn’t help but get caught up in it. They called it Lion pride, and that is absolutely what it was. 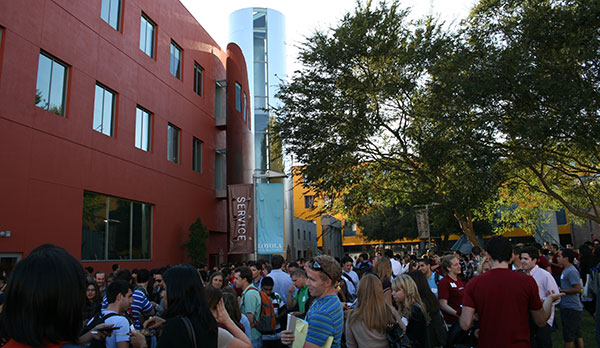 FRANCES YOUNG ’93, LAW ’97 ON BEING THE INITIAL CLASS TO FULFILL THE PRO BONO REQUIREMENT
My class was the first to be told that in order to get your law degree, you must complete 40 hours of pro bono legal service. Some of my classmates were so upset that they threatened to sue the Jesuits. You know, a little bit of information makes you deadly. They were arguing that the Jesuits were essentially creating involuntary servitude, and they wanted the courts to stop the Jesuits from making them do the 40-hour requirement. One reason I love Loyola is because of what the Jesuits said. They basically said, you don’t like it, go somewhere else. But you have until your third year, and if you don’t have 40 hours [to give] helping people outside of yourself, you will not get that J.D. There was some griping, but it all went fine. 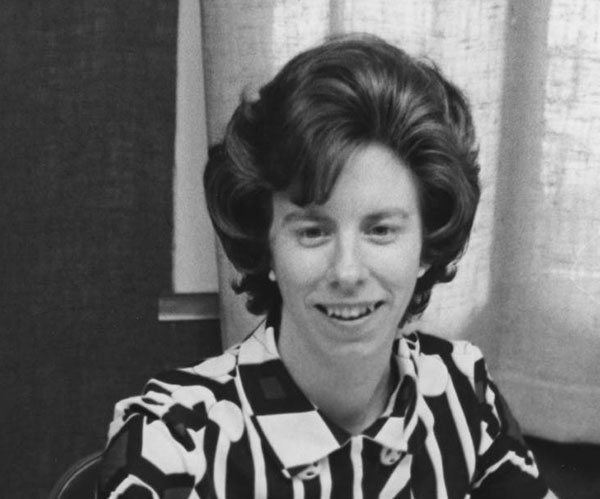 KATHY MORET ’74 ON HER FIRST DAY AT COLLEGE
On the first day, I came for registration, which was in the old gym. I had declared that I was going to be a history major. I walked into the gym, heading for the big, long sign that said “History.” I walked up, and a woman said, “Hello, Kathy. Welcome to Loyola Marymount.” I thought, “I don’t know who this is, how does she know who I am?” It was Sister Carol Sullivan, chair of the History Department. We had to include a photo in our application. She knew who I was. I sat down, and I thought, “Boy, I’m never going to leave this place.”