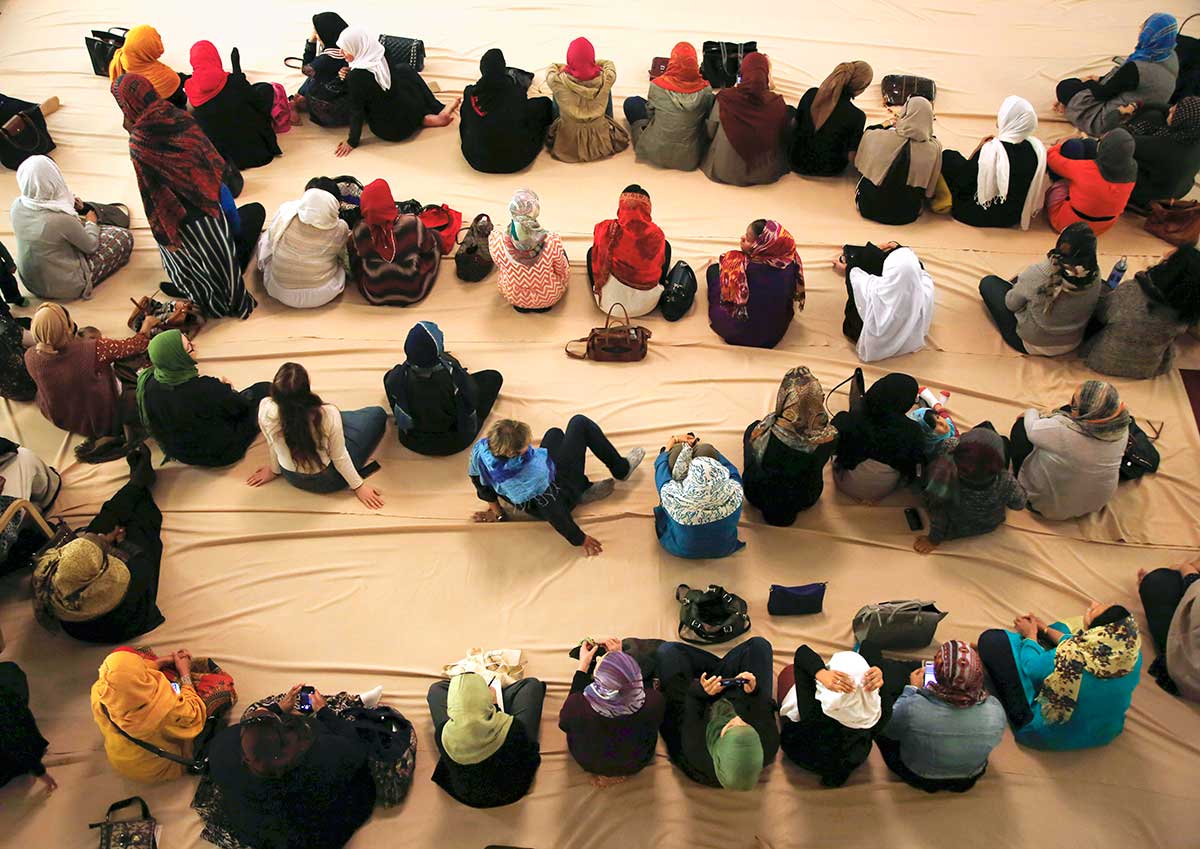 You can’t miss the mosque. With a towering 72-foot-high minaret, it stands out. But the intersection could be found in any U.S. city, large or small: Across the street is a 7-Eleven, a Christian Assembly church and a gun shop. A block away are the NFL Network offices.

This fall, Muslim students at LMU requested campus space to hold communal prayer each Friday. Their request was welcomed by the university, and they now meet in the Marymount Institute for Faith, Culture, and the Arts, in University Hall. It’s a great boon to them and several Muslim staff members, who would find it difficult to get to the mosque for prayer and back in time for class or work.

During the current electoral season, Muslim Americans have been labeled suspicious and untrustworthy by some U.S. political leaders. They are judged as a group by many Americans as well because of the actions of extremists — terrorists, Al-Qaeda, the Islamic State — who claim to share their Islamic faith.

“As the national conversation around Islam grows increasingly fraught, coarse and driven by fear and often willful misinformation, the Catholic Church must help to model real dialogue and goodwill,” said Bishop Mitchell Rozanski, chair of the U.S. Conference of Catholic Bishops’ Committee on Ecumenical and Interreligious Affairs. To respond, the bishops in February launched a national dialogue with U.S. Muslims, with Archbishop Blase Cupich of Chicago as its co-chair.

Fear, suspicion and willful misinformation were the order of the day during World War II, when Japanese Americans were forcibly relocated to concentration camps under U.S. internment policy. Decades later, it was Japanese Americans who reached out to Muslim Americans after the events of 9/11. Today, an annual April pilgrimage to California’s Manzanar National Historic Site is joined by Muslims from Southern California.

Although following Lincoln and Washington is a quick path to the King Fahad Mosque, another way to get there is to take Culver Blvd. to Braddock Dr. — passing the Venice Japanese Community Center — to Huron Ave. That will take a little more time, but it’s probably worth stopping at the VJCC on your way to the mosque.