LMU’s camera is a vintage 1960s model that was once used to film the famed 1965 “A Charlie Brown Christmas.” The special was produced by the Bill Melendez Studio. Melendez, the studio’s owner, donated the 35 mm camera to LMU in 2005. By any measure, it was quite a gift. Counting a huge frame, the camera is 8 feet tall, 5 feet wide and 4 feet deep. It weighs about one ton.

“This camera is an antique,” says Tom Klein, associate professor and chair of the animation program, and former consultant for Universal Cartoon Studios. “We use it only to reinforce the classical methods of planning and timing animation for beginning students. That’s a foundational skill that carries through to any digital production process.” After the first year, students learn the digital skills they need to enter the industry.

LMU’s program is an exception. “Not a lot of schools will have that traditional year to start students off,” says Klein. “But we found that they become better animators.”

To pull this off, LMU keeps the camera in working order. “We’re still able to use it because they still make 35-millimeter film, but they don’t make parts for it,” says Joshua Morgan, LMU’s animation technical services engineer. When breakdowns have occurred, the staff has been able to fix them. “But at some point, we won’t be able to fix the camera, and it will be a relic of a bygone era,” Morgan adds.

When that happens, the animation program will probably stick to its traditional program by replacing the film camera with a digital one mounted on the vintage frame. Students could then continue to do hundreds of drawings and each one will still be photographed one at a time, but on a digital camera.

LMU’s vintage camera enjoyed a long commercial run. It was last used in a 2002 restoration to shoot additional footage that expanded the original half-hour Charlie Brown Christmas special to an hour. The additional footage contains a segment of special significance to LMU. Watch for the scene where Sally comes into Charlie Brown’s bedroom. Look closely at the college pennant hanging on the wall. It reads LMU. 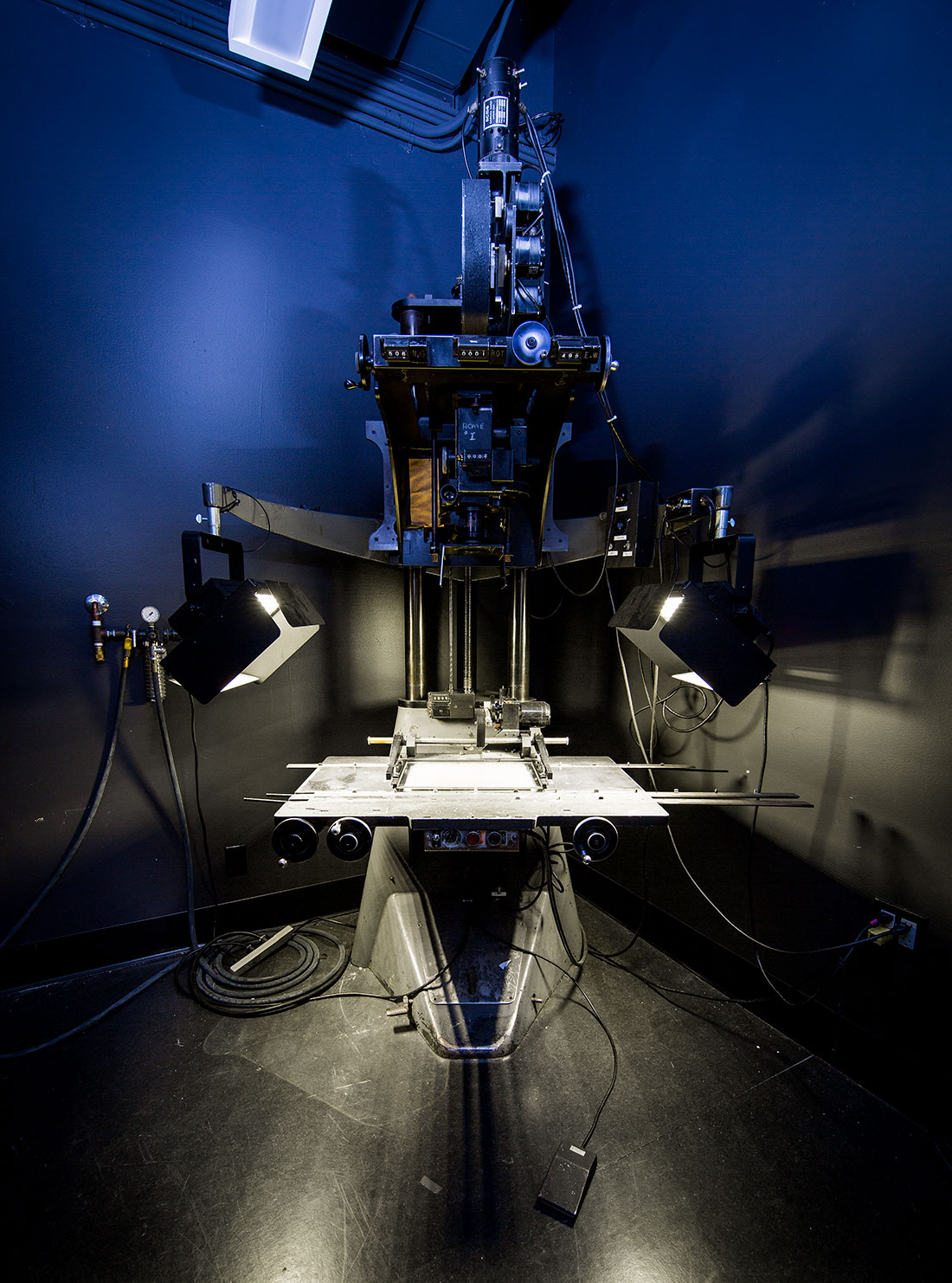