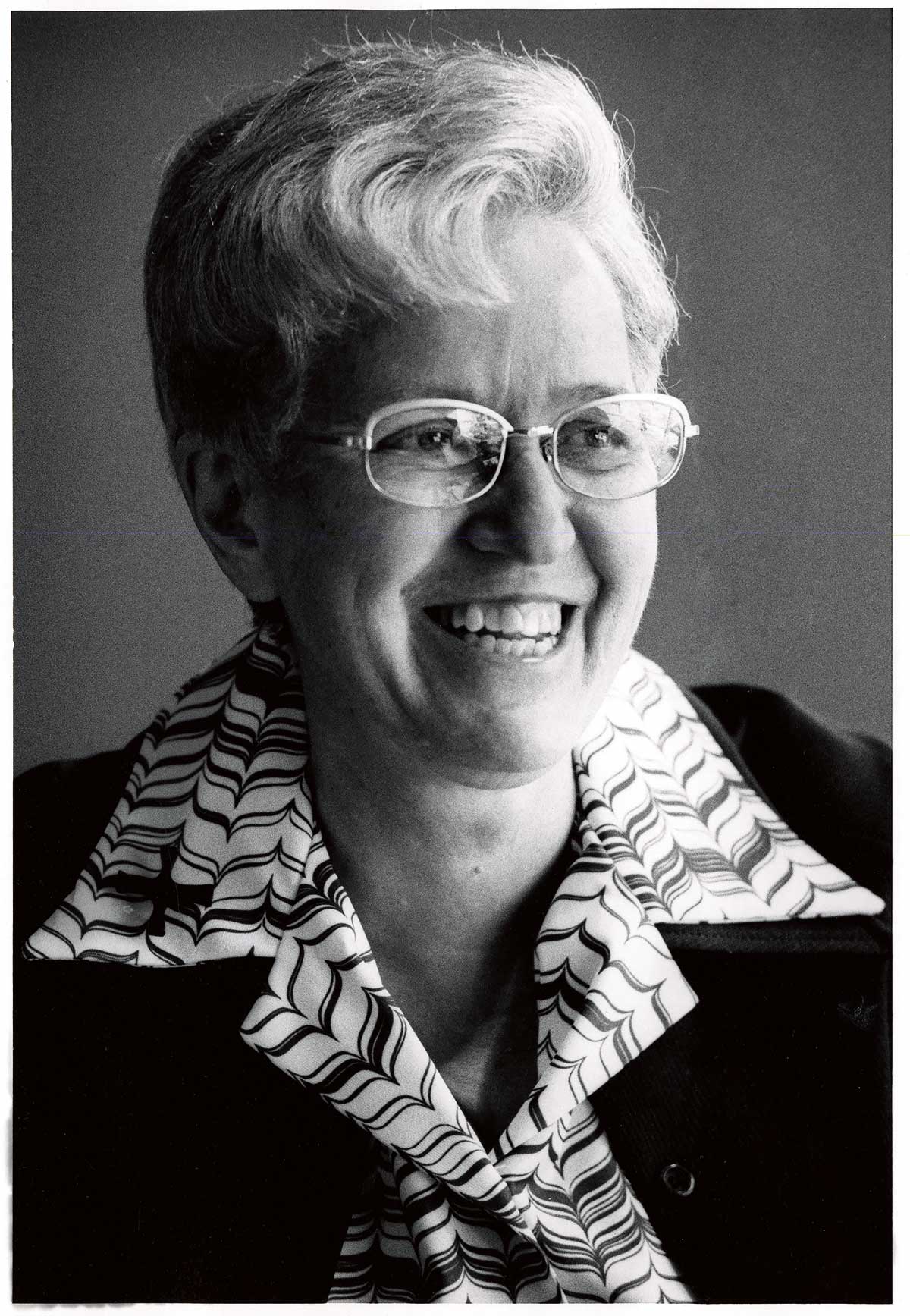 Sister Agnes Marie entered the Sisters of St. Joseph of Orange in 1928 at the age of 14. She once wrote that she joined the “wrong” congregation of sisters — she had originally been attracted to the life of the Sisters of St. Joseph of Carondolet. A few months later, when she realized her “mistake,” she was asked if she wished to transfer to the Carondolet sisters. She declined, and happily spent more than 85 years living her vocation.

Sister Agnes Marie was the first woman hired in Campus Ministry. She also served as the first moderator of the Sursum Corda service organization. She earned her master’s degree in English at Loyola University and was awarded an honorary doctoral degree in 1992.

James Erps, S.J., director of Campus Ministry, worked with Sister Agnes at LMU in the 1980s. Sister Agnes, he said, was in on the ground floor of several Campus Ministry programs that are central today, including the First Year Retreat and the Silent Retreat. With Fernando Moreno, and Julianne ’88 and Chris North ’85, she helped establish the university’s De Colores service trips to Tijuana, Mexico, now a signature LMU ministry. “Her positive effect on several generations of LMU students was extraordinary,” Erps said. In addition to being very caring, he pointed out, she was also a no-nonsense person. “You didn’t want to cross swords with Sr. Agnes Marie,” he said. “She could hold her own.” In February 2011, Sister Agnes returned to LMU when the Campus Ministry offices below Sacred Heart Chapel were dedicated and named in her honor. Then 96, she said her years of work with LMU students were her greatest joy. “They were the golden years of my life. I loved the students, and I loved the spirit of the university. … I just loved the university.”