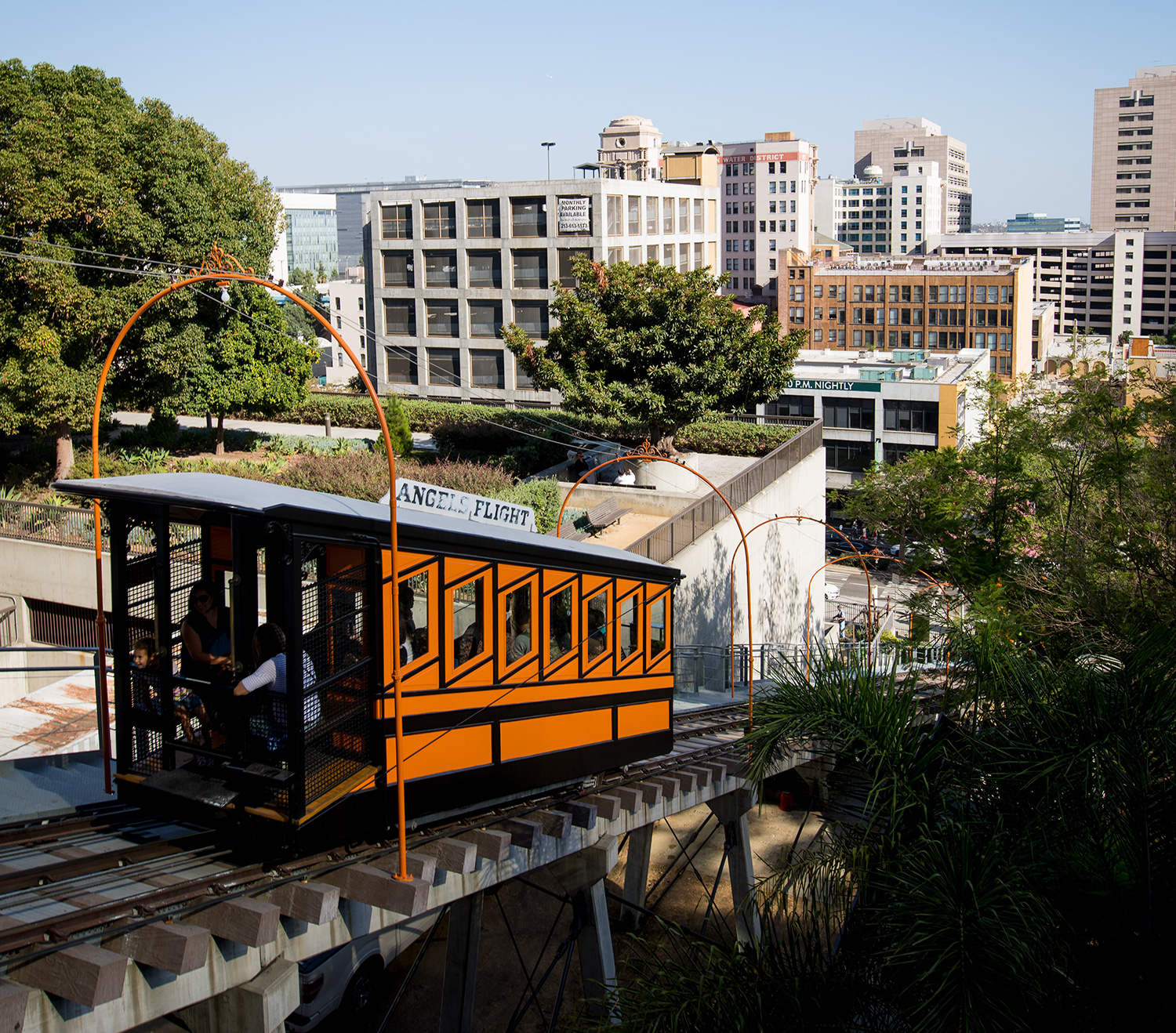 As a small-town transplant in the West’s biggest city, I walked everywhere in L.A. when I arrived. I quickly learned on foot one thing Los Angeles isn’t: flat. Echoing the decline of LMU’s bluff into Playa Vista, Olive and Hill Streets in downtown sit a block apart but are vertically separated by 153 tiring steps. Angels Flight, a funicular railway, was built in 1901 to ferry fashionable urbanites up and down the not-quite 300 feet of rail. It remains the shortest and most traveled rail ride in the world, carrying more than a hundred million passengers in its first 50 years. The drama-riddled past of Angels Flight includes tragic accidents, cycles of dilapidation and resuscitation, and more than 20 onscreen credits (most recently “La La Land”). In this life-size backlot, where our own movies play out against the backdrops we see on the silver screen, Angels Flight has resurfaced again in 2017, restored to its former glory (with added safety features). The train cars reopened for service on Labor Day. The next time I’m walking downtown, I’ll skip the stairs and opt for the short ride to the top.