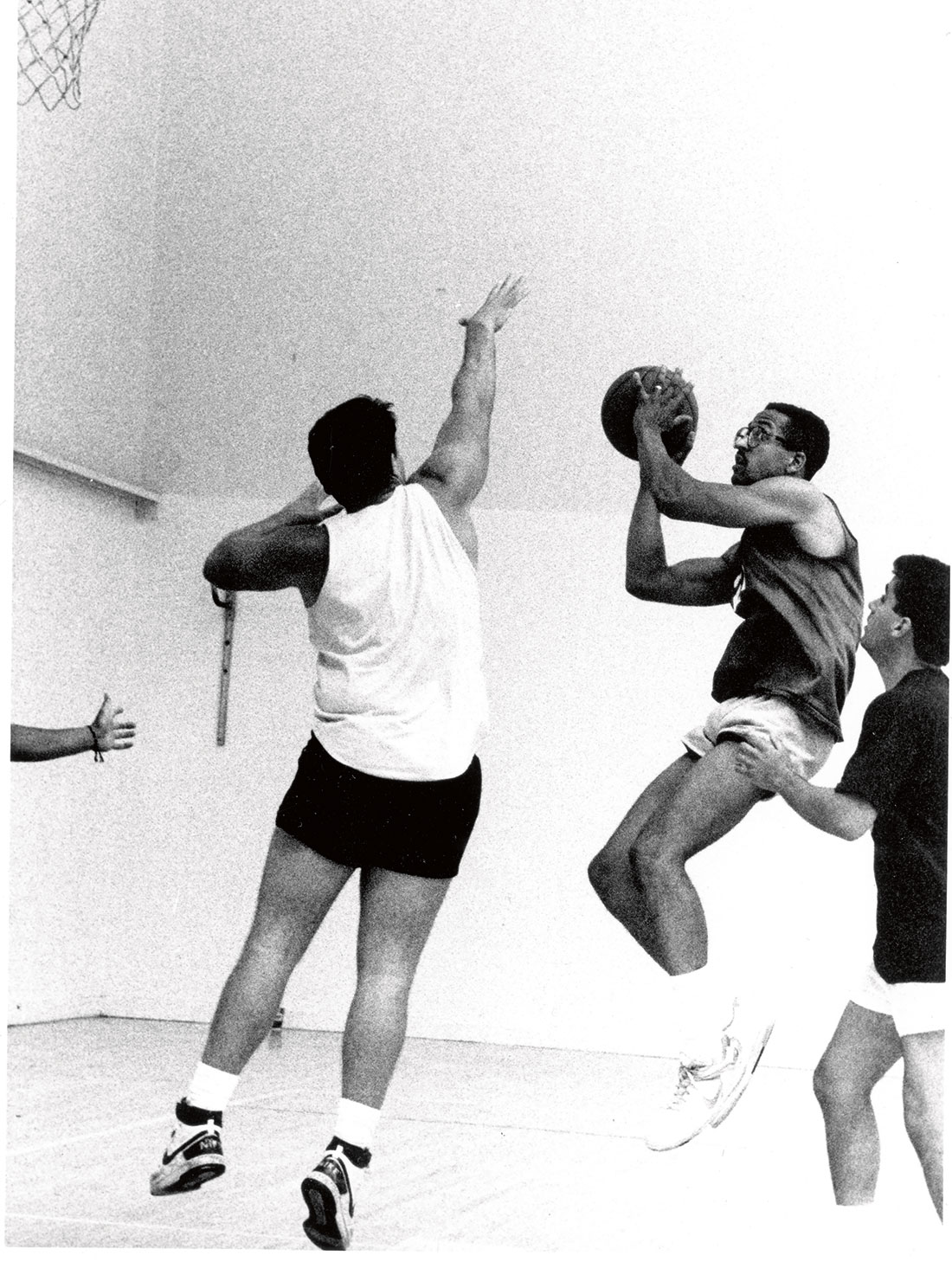 For more than 25 years, a clutch of teams made up mostly of alumni, including a few LMU men’s team players, have gone at it in a one-day contest that goes from round-robin competition to single-elimination, do-or-die matches that, eventually, make one trio champions for a year. But the laurels go further bragging rights. Winners’ names go on a plaque, or perpetual trophy, that hangs on a wall in the Alumni Center of the Charles Von Der Ahe Building.

Andy Hui ’86 started the tourney in 1987. Interest was high, coinciding with the Paul Westhead era in men’s hoops, he recalls. In the beginning, as many as 24 teams signed up, playing full-court, 5-on-5 games, and there were corporate sponsors and prizes. Team registration fees paid for referees and scorekeepers. The administrative work expanded, so play switched to a 3-on-3, half-court competition, like other playground-style tournaments. The teams dispensed with refs, and players agreed to call their own fouls. “It became much more collegial,” Hui says.

In recent years, about eight to 12 teams usually have competed for the title. Registration fees pay for T-shirts, Gatorade, cups and the engraving of the trophy. Male and female players are welcome, but at least one member of each team must be LMU-related. And alumni who have played for LMU are eligible: Mike Yoest ’88, Steve Haderlein ’86, Rick Sharp ’84, Wyking Jones ’95, Wes Wardrop ’06 and Daryl Pegram ’07 have returned to the hardwood.

Hui says he’s noticed a strong recipe for winning: “You really need a big man, an outside shooter and a third guy who can do a little of everything — play defense, rebound and score.”

If that level of analysis sounds serious, it should. The tourney may be a great way to see old friends again, but winning still matters.

“It’s amazing how much players want to win and see their names on the perpetual trophy,” says Hui.