In some of California’s farm communities, the education of farmworkers’ children is going up in flames. 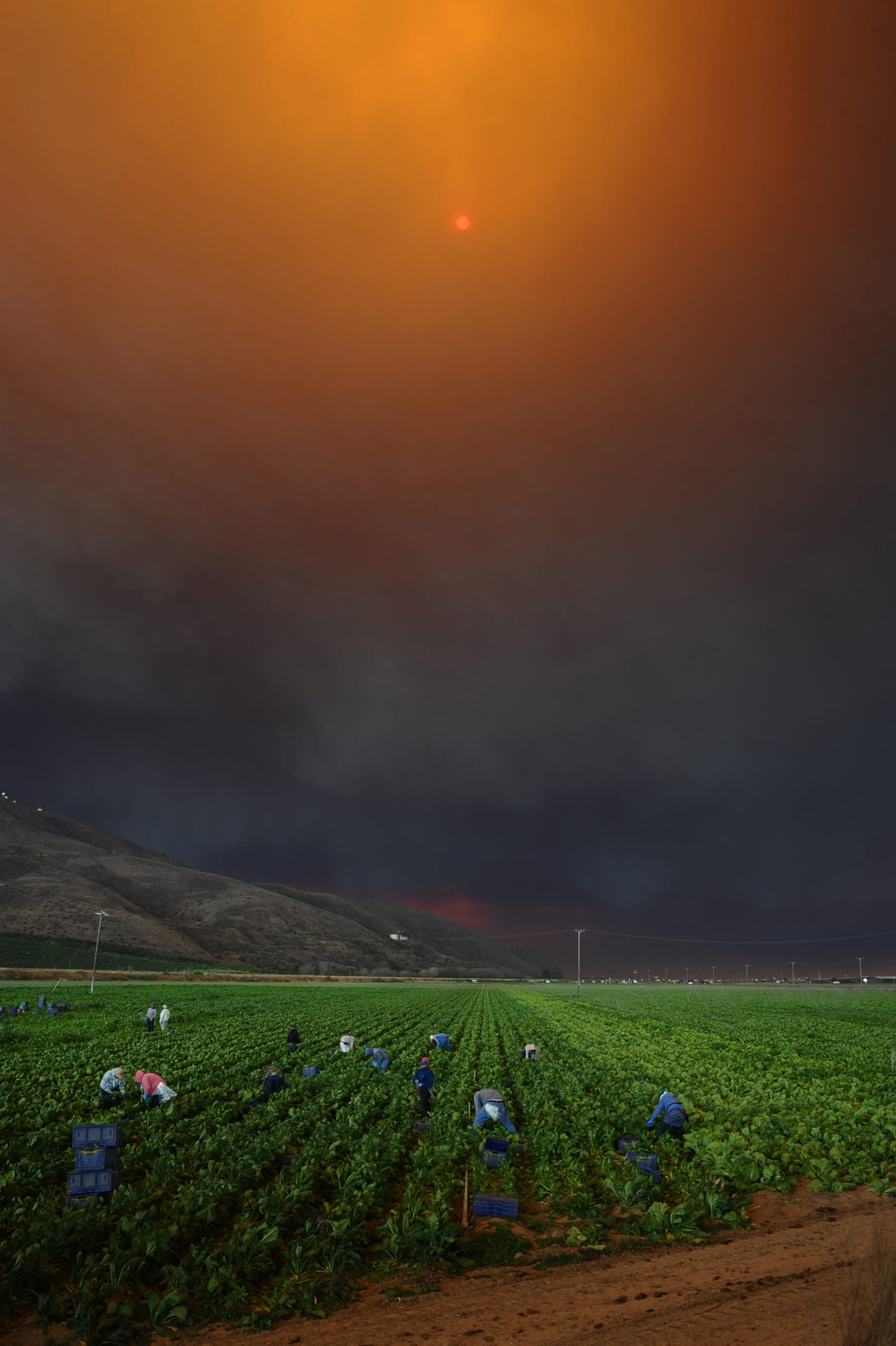 In early july 2018, a fire raged in the hills of northwestern Yolo County, sparked by an improperly installed electric livestock fence. Burning more than 90,000 acres and destroying 20 structures yet killing no one, it was a small fire by the standards of tragedies to come.

In the smoke of this fire worked boys I knew, kids I’d known since they were 6. While many teenagers their same age enjoyed the full expanse of their summer freedom, these 14- and 15-year-olds labored in the fields, even as the authorities warned people to stay inside, even as ash rained down, even as the sun turned red.

This past year, scenes like this were repeated across California. Think John Steinbeck meets the Second Coming: Farmworkers bent over, picking red tomatoes or strawberries in a green field while the skies blacken with smoke, the orange glow of the fire behind the hills in the distance. During the California wildfires, farmworkers reported being afraid to skip work, even as their eyes burned or their lungs itched. Volunteers attempting to distribute smoke masks were turned away by farm managers, perhaps fearing anything that smells of labor organizing in a state the ghost of Cesar Chavez still haunts.

Going to work in the fields yourself is something of a rite of passage for the children of migrant farmworkers. Coming from Michoacán, Durango and South Texas, they grow up following the crops. The boys I know follow this trail, and have their whole lives.

In the smoke of this fire worked boys I knew, kids I’d known since they were 6.

Home for the duration of the California work season is the Madison Migrant Center in Yolo County, California, where tomatoes and almonds are grown for export around the world. The center is seasonal public housing operated by the county. Children who grow up in Madison during the summers call it “el Campito” (the Camp). The modest homes are made available to migrant agricultural workers and their families on the condition they reside at least 50 miles away the rest of the year. The taxpayer thus subsidizes the labor costs of local farmers and growers. In exchange, Yolo County residents never have to worry about the migrant families sticking around too long.

The farmworkers all have stories of the fires. One older man told me about working in a field along the side of a hill with a fire on the other side of the ridge. The farmworkers scattered as spooked deer, rabbits and snakes fled through the field, driven mad by fear of the approaching flames. But for the most part this past summer, the farmworkers weren’t talking about the fire within view a mile away or the smoke drifting lazily all around them. The farmworkers instead want to tell me one thing: The schools are letting down their kids.

Latino kids in California schools generally suffer from one of the widest racial achievement gaps in the nation. In a recent Pew Research Center Survey, 57% of Latinos said education was “extremely important” to them personally. Only 32% said the same for immigration. For migrant farmworkers the problem is even worse. According to the Sacramento Bee, 76% of migrant children did not meet the state language arts standard while 83% did not meet the math standard.

Much of the migrant child achievement gap is the direct result of seasonal migration — fostered by our agricultural labor housing policy. Housing programs like the one at the Madison Migrant Center are open only to those who live at least 50 miles away. Families who have spent decades returning to the same jobs in the same places are prevented from ever putting down real roots. Meanwhile, the children have to switch their classrooms twice a year.

The results are predictable. When they return to local schools halfway through the school year, the migrant kids are often behind. While exceptions certainly exist, many teachers can’t be bothered to put in the effort to catch these students up. After all, it is unlikely that a farmworker getting off a 12–16 hour shift picking tomatoes is going to attend a PTA meeting. None of this structural barrier is lost on the Madison community. Every year many of the older children stay with distant relatives or friends in order to avoid being displaced in the middle of their education while the rest of the family moves. Voluntary separation is understood to be the price of a high school diploma.

The achievement gap for migrant children is not something we think a lot about when we buy our vegetables. But that’s how migrant boys end up without any opportunity other than to work a field when the air itself is full of deadly smoke. I know that not every farmworker can afford to come indoors every time there’s a fire. The crops would rot; the economy would collapse. But imagine if farmworkers were paid enough that their kids did not feel the pressure to work over the summer. Imagine if the schools did better for the children of migrant farmworkers, instead of sentencing them to the same job as their parents. Would a world so just still be recognizable as home?

The boys I knew worked the sunflowers this past summer. They clear those that grow too fast and threaten to steal the nutrients from the rest, kicking the sunflower stems and ripping up their roots from the ground. One told me he honestly enjoys the work. They laugh about it: If they work fast enough, they can get deep into the field where they can hide and watch the World Cup. I appreciate the small way they fool the overseer, a small act of mischief that for me meant their childhoods were not fully surrendered to our agricultural economy. Still, they were out there in the smoke. And every California fire season I’ll wonder what it would take to bring them inside.

Antonio De Loera-Brust is a public policy fellow with the Congressional Hispanic Caucus Institute in Washington, D.C. He also is a former Joseph A. O’Hare Fellow at America magazine.