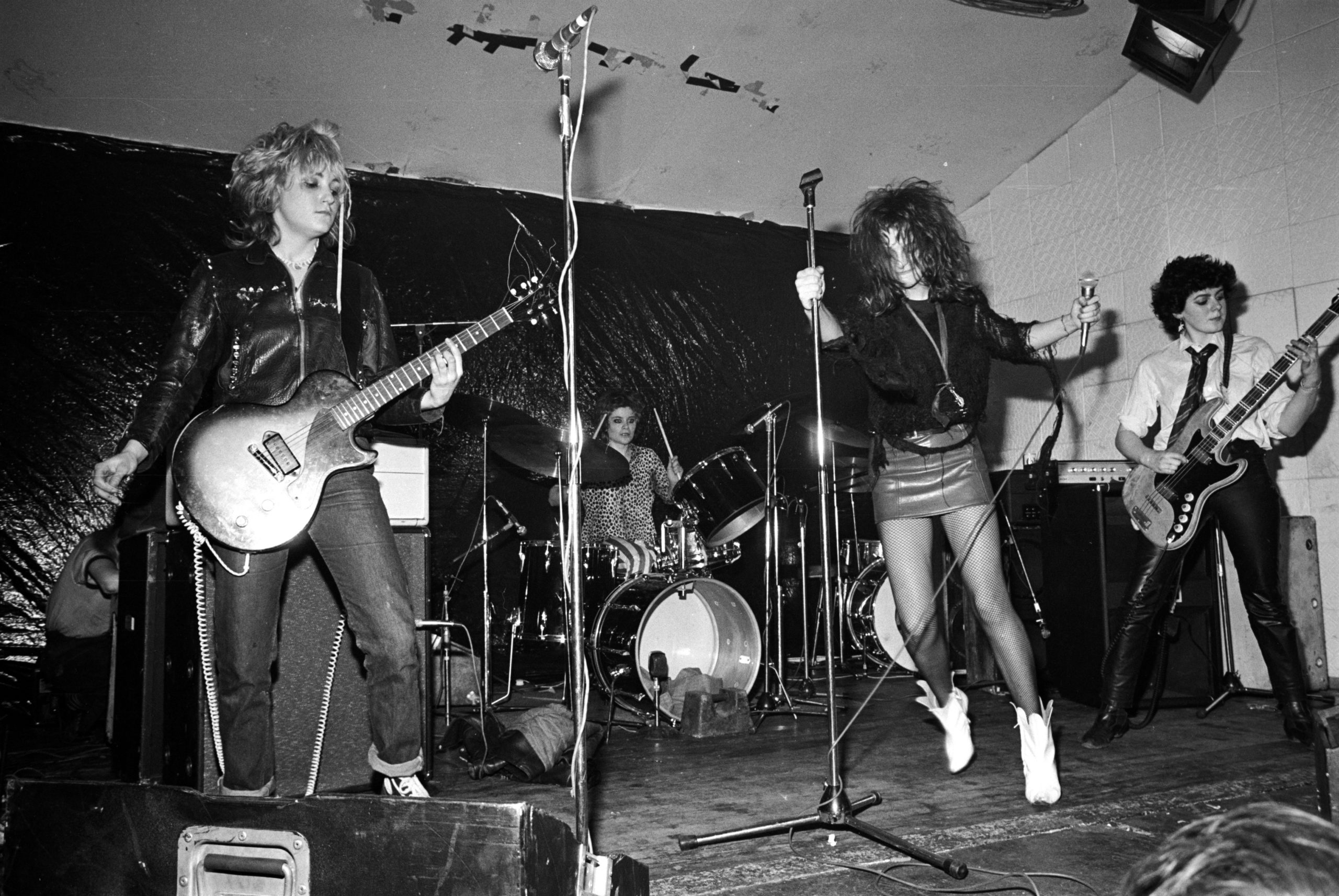 Garage bands are do-it-yourself collectives, manifestations of what philosopher Hakim Bey calls “temporary autonomous zones.” Since their initial heyday in the 1960s, most of those garages have been “boys only” clubhouses. The great girl groups may have had the world dancing in the streets, but they were vocal ensembles.

This list is about women who sought the electric charge of plugging in instruments. Goldie and the Gingerbreads were probably the first band to attempt to prove that the next Beatles could be females. Fanny took musical autonomy to a new level, even hitting the charts in 1975 with “Butter Boy.” In the late ’70s, punk rock blew the roof off the boys’ clubhouse, with The Slits’ dub-influenced musique brut laying waste to the concept of “Typical Girls.” The Go-Go’s combined the insurgence of punk with the fun of the girl groups and landed a No. 1 album on their first try. Punk resurfaced in the 1990s, and there would have been no grunge without grrrls: Frightwig, L7, Babes in Toyland, Bratmobile, Tribe 8, etc. Musicians continue to channel and spread girl power, including Big Joanie, Girl in a Coma and Girlpool (whose Harmony Tividad took my LMU Revolution Girl Style class before leaving academia for rockstardom).

This ranking is highly subjective; I wrote it yesterday and disagree with it today.

Evelyn McDonnell is an associate professor of English and director of the LMU journalism program. Her most recent book, which she edited, is “Women Who Rock: Bessie to Beyoncé, Girl Groups to Riot Grrrl.” McDonnell was a senior editor at The Village Voice. Her blog is titled Populism. Follow her @EvelynMcDonnell.