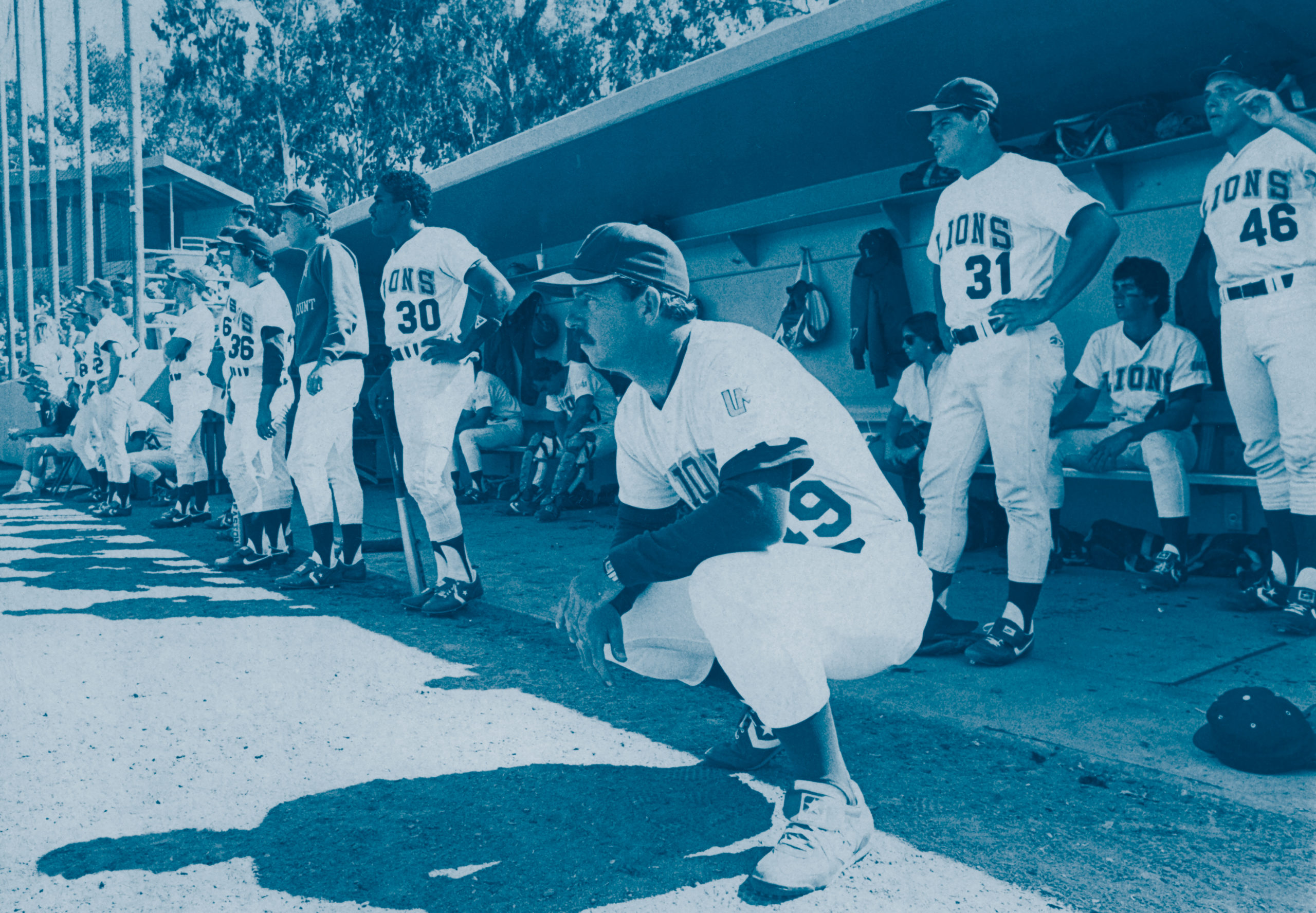 Gratitude, starting with a very Ignatian invocation from Randy Roche, S.J., was the theme of the LMU Athletics Hall of Fame Induction of the Class of 2019.

Dave Snow, who managed the 1986 baseball team to the College World Series, said he has always appreciated the fact that his best pitcher, the late Tim Layana ’86, and best field player, Billy Bean ’86, returned to LMU for their senior year despite having been drafted as juniors.

Anthony Ireland ’14, who sent a video message from Russia, where he plays basketball professionally, thanked his coaches, including Max Good who recruited him, and Lane Bove, senior vice president for Student Affairs, for taking a chance on a young man from Waterbury, Connecticut. “I just continue spreading the LMU way, the Jesuit way, everywhere I go.”

Sam Fischer ’13, LMU softball’s first All-American who set multiple offensive records and later played for the U.S. national team, said she came to LMU because of the quality of the education, small class sizes and proximity to her family and home. “It was an extra bonus that I got to play softball here,” Fischer said.

Another new Hall of Famer who later wore the U.S. jersey is Emily Day ’08, now a standout professional beach volleyball player. Day, a first-team All-WCC selection whose name is among the top 10 in many LMU volleyball categories, said what she remembered most from her undergraduate career is about relationships: Whether on the court or on the campus, she said, “I knew I had 12 women who had my back.”

Two benefactors moved the audience with sentiment and humor: Mike ’66 and Patty Smith ’98, LMU supporters for more than five decades. Patty, who earned her degree after raising six children, recalled that her favorite LMU memory was a person: Peg Dolan, R.S.H.M. Mike told the story of how, in a semester of near academic collapse, he almost dropped out. Terrance Mahan, S.J., helped keep him on track, Mike said. His favorite memory, therefore? “Graduation.”

Last, Jamie Sanchez ’76, former women’s tennis coach, described his appreciation for the players on his 2002 team who were inducted collectively. The players earned multiple All-WCC honors that year, and were ranked 59th and finished 7–1 in conference competition. At season’s end, he recalled, LMU was soundly beaten by Pepperdine, 6–1. Four days later, and with new resolve, the team returned the favor with a 4–2 win that gave women’s tennis its first NCAA appearance. His team’s success wasn’t due only to talent, Sanchez said, but, just as much, to their characteristics as people and competitors.

The ceremony was summed early on in words that Athletic Director Craig Pintens could easily have used as a benediction: “I love this event. … It represents greatness, perseverance and achievement.”