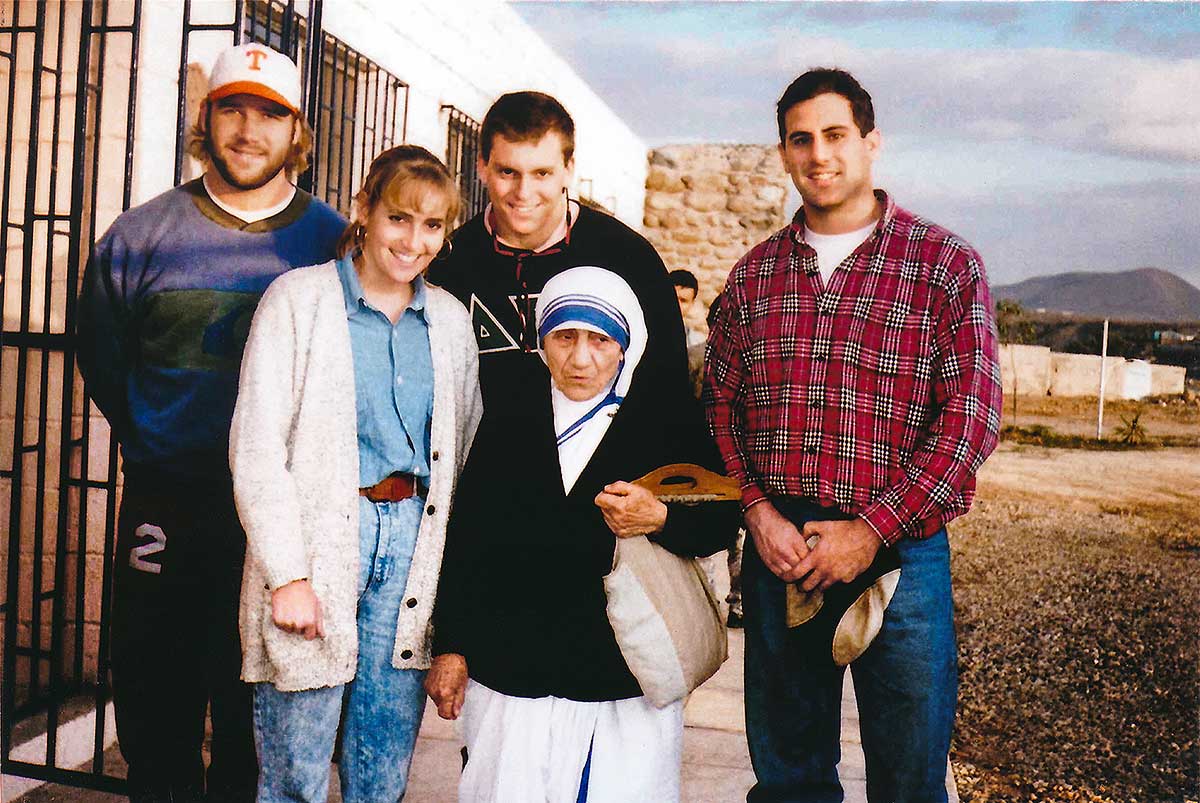 A Student Workers assignment — deliver some unneeded chapel pews to a convent in Tijuana — led to a meeting with Mother Teresa. In December 1991, the late Fernando Moreno, who was director of Campus Ministry, tipped off then-senior Mary Keenan about an opportunity she’d remember all her life.

Keenan was in charge of the LMU De Colores program, which took students to build homes in Tijuana and visit an orphanage run by Mother Teresa’s Missionaries of Charity. Moreno knew the program and the sisters well, and he told Keenan that pews left over from a Sacred Heart Chapel renovation could be put to use in the sisters’ chapel. Student Workers could supply and drive a truck, he promised. “But he told me I needed to go, too,” Keenan remembers. “Fernando knew Mother Teresa was visiting her nuns.”

During Christmas break, Keenan, Joe Asher ’94, Matt Leonard ’92 and Chad Wachter ’92 loaded 20 pews into a U-Haul truck and set off.

The convent was a simple cinder-block building, Leonard recalls. After unloading the pews, the students asked the sisters if they could help in other ways. “They said no,” Leonard remembers, “but then they asked, ‘How would you like to meet Mother Teresa?’ ” Keenan hadn’t told the others about her visit, but Leonard noticed that she had brought her camera with her.

“Mother Teresa was tiny and very frail,” Lenoard recalls. “I was 21, 6-foot-1, 205 pounds, and in perfect health. I was standing over a person who had accomplished so much with so little. She had given the world everything she had, including her health. Not many people can say that they have been blessed by a saint.”

On Sept. 4, 2016, Mother Teresa will be canonized by Pope Francis in Rome.