Do Not Fear Grief

Loss and suffering in her life and her students’ lives led a teacher to the depths of deep grief. Then she learned a deeper meaning of the words “Be not afraid.” 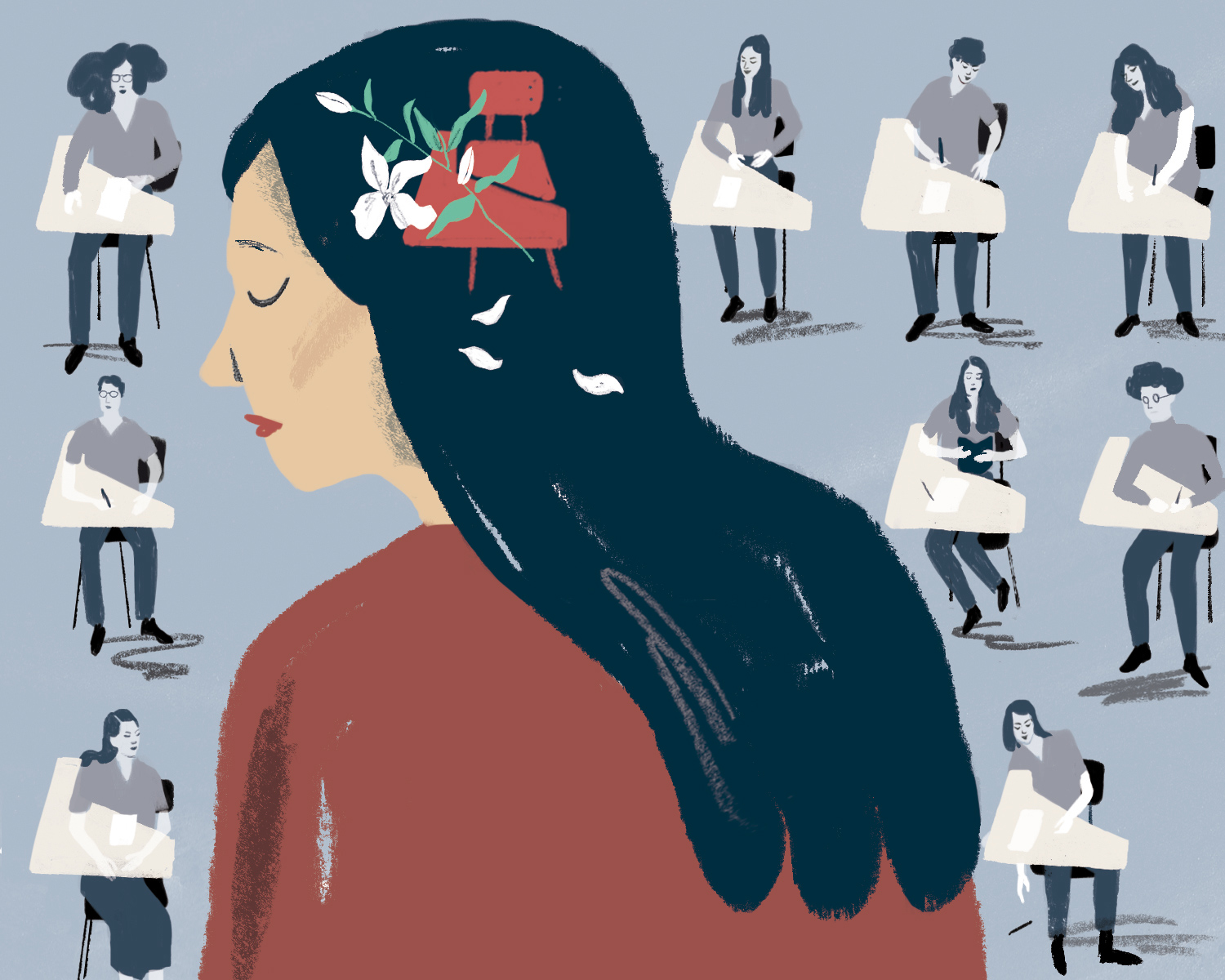 Evenings in a South Dakota April crackle. Lightning dances overhead, and thunder erupts. The storm could become a supercell at any moment, and sirens could wail across the hills. Or the storm could roll over and water the parched earth. Storms bring pain, and they beget life.

I am merely describing a South Dakotan evening, but I am also using a metaphor for love. I have found love to be awe-filled: terrifying yet reassuring. As an English teacher, I know I must strive to choose the words to best convey what I mean to say. But if love is already near-impossible to describe, what of its opposite: How do you explain grief?

When I was 20, my parents divorced. I’ve lost all of my grandparents. My hometown of Santa Rosa burned in the fire of October 2017. I lost one of my students last year to suicide. All these are examples of loss and suffering. But I did not know they were occasions of grief. Now, I’ve come to see I’ve responded to grief the same way my whole life.

Eventually, when there was no more room for the anger to go out of me, it went inward.

No metaphor quite grasps grief’s world-halting reality. I remember feeling as if I lived in two worlds at once. There was the world going on around me, full of minute, day-to-day issues with an urgency about them. Whereas in the world I lived, hope, patience and peace seemed to vanish. In its place came bright, hot anger: anger toward the people who didn’t understand how I felt; anger at those who caused my losses, because someone had to be at fault, right? Eventually, when there was no more room for the anger to go out of me, it went inward.

The Vietnamese monk Thich Nhat Hanh teaches that suffering is not removed from happiness. He describes it this way: “If you don’t have mud, the lotus won’t manifest. You can’t grow lotus flowers on marble. Without mud, there can be no lotus.”

Processed properly, suffering can lead once again to happiness and peace. But I was never taught how to grieve. I had been greatly miseducated to believe grief only comes after a death.

I was deep in the mud after my parents separated. The inward anger seeped into every pore, and I soon felt the same way I had in high school, when depression reared its head. It happened again after my student passed away. My grief was unchecked, and I felt just as I did in high school: in pain so deep, I wanted to give up.

In 2017, when I started teaching here, I wrote a journal entry about how much I wanted to improve the awareness of mental health in schools across the United States. This is a fight I plan to wage for however long God calls me to it. Six months later, after my student took her life, I made another entry: that I felt doomed to fight this nearly unwinnable battle with grief for the rest of my life.

This mirrors a rather contradictory reflection an eighth-grader wrote in my English class recently. He said to make the most of the time you have with people because eventually you will move on and drift apart. But he also said the lesson is to never get too close to people because you will lose them.

As humans, we understand that to love is to lose. I once heard grief is the inverse of love. However much you love someone is how much you will grieve them when they leave.

That has been a comforting thought, but I found it difficult to parse out when I lost my parents’ marriage, and when I subsequently became closer to my mother and lost part of my connection with my father.

Love is a choice. I can avoid the pain of grief if I refuse to love again. But without mud, how can there be a lotus? Without accepting the storm, how will there be new life?

My faith teaches me that love is what we are. Alongside love will always be loss, and both will be entangled in suffering. Yet, suffering is not to be avoided. Grief is not to be feared.

My God says, “Be not afraid.” I used to think that meant I had to shove fear out of my life. The fear of loss. The fear of giving up. The fear of being hurt. But to be not afraid means to be everything else that isn’t fear.

Be at peace. Be angry. Be willful. Be dramatic. Be in love. Be in pain. Be not afraid, and the mud around the lotus won’t look so awful any longer.

Talia Baugnon teaches English at Our Lady of Lourdes Elementary School in Porcupine, South Dakota. She graduated from the LMU Bellarmine College of Liberal Arts with a major in English.