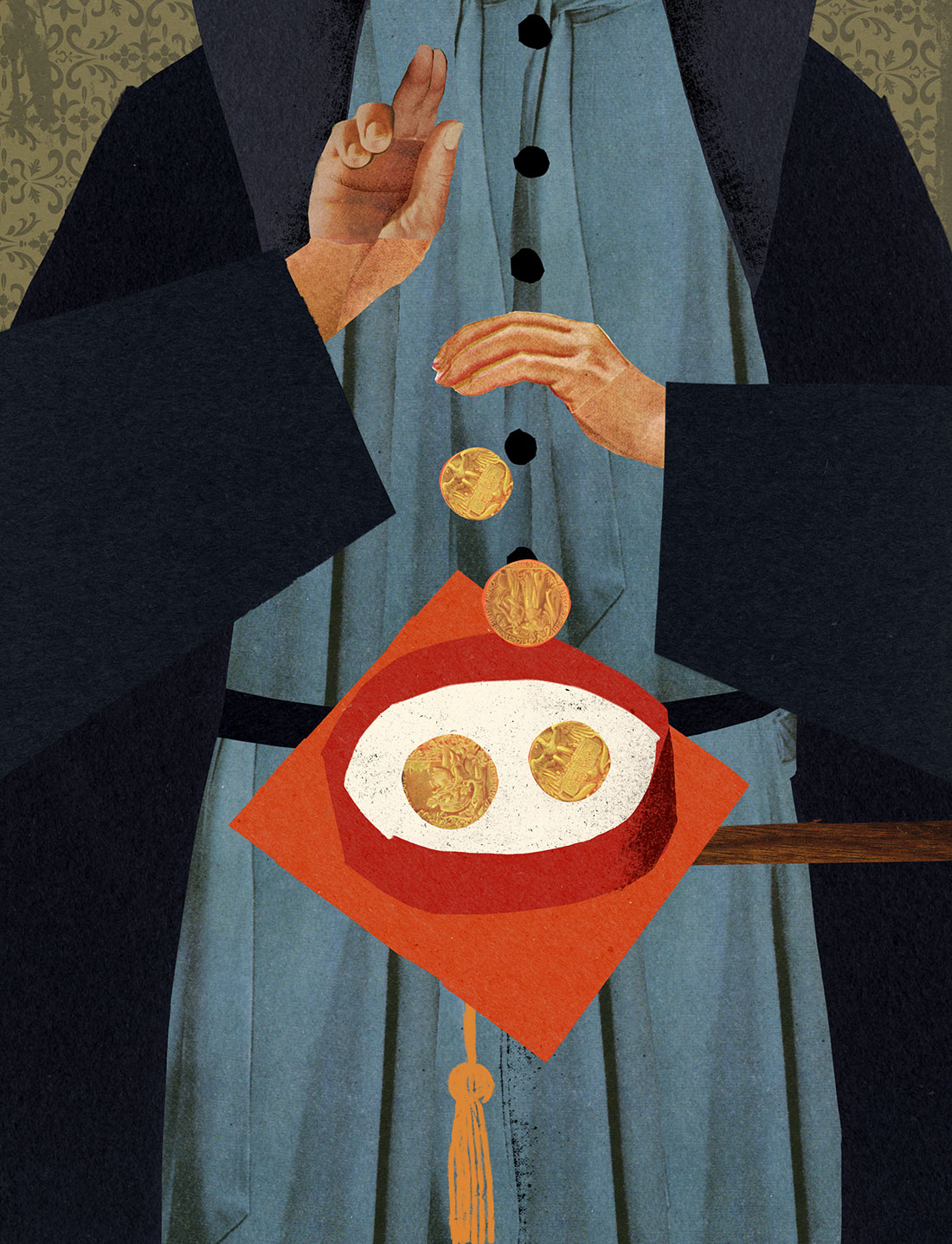 I thought about that after President David W. Burcham concluded “Right Place. Right Time. The Campaign for LMU” and announced its great success. I realized that, even though the campaign’s goals were thoroughly contemporary, its heart was ancient and beautiful.

The campaign for LMU successfully and meaningfully adapted the model for raising funds that St. Ignatius used to support the first Jesuit colleges more than 450 years ago. Many of the men and women who generously supported Jesuit institutions in the times of Ignatius and his companions were of royal or noble lineage. While we like to think of LMU’s many thousands of donors in the highest esteem, of course, few would be classified as royal. But their motives (and generosity) are the same: to make the quality education that Jesuits provide available to the children of the contributors and those who cannot otherwise afford it.

In the 1540s and 1550s, Ignatius inspired donors with sufficient wealth to provide financial stability for those early, small colleges, donors who believed strongly that the educational process administered by the Jesuits was ideal and indispensable for preparing future leaders. Today, as stakeholders in an institution far larger than any of those that Ignatius personally founded, and which no single person (or even several) could afford to endow, we are blessed with a multitude from many financial strata who are committed to supporting education that transforms people rather than merely transmits information.

In The Constitutions, the formal description of the Jesuit way of life, Ignatius wrote of the great importance of expressing gratitude to those who made Jesuit schools possible through their contributions of property, finances and influence with civic authorities. He instructed all Jesuits to pray for benefactors and thank them for their generosity. Ignatius’ wise guidance is as appropriate today as it was at the time of his writing, especially when we consider the priceless value of excellent education. Gratitude is in part self-congratulatory. But, more deeply, it expresses the joy that arises from the privilege of providing an LMU education to men and women from a variety of economic circumstances, as well as the joy of knowing that the entire community benefits not only from academic excellence, but from the social and pastoral ministries that form a part of every Jesuit college. LMU benefactors expect few tangible rewards but take satisfaction in the growth of a 100-year-old university where most students receive some measure of financial aid, and where the student body is increasingly diverse.

The major donors for the early colleges didn’t necessarily agree with Ignatius and the Jesuits on politics or the practice of faith. But they were certain that a Catholic education would be the best possible foundation for their children and the community. Those who made LMU’s campaign successful understand the university’s mission in many different ways, but I pray they know that their motives and those of Ignatius and the early donors are exactly the same. Ever ancient, ever new.

As “Right Place. Right Time. The Campaign for LMU” heads to the history books, history also tells us that Ignatius would recognize your efforts and approve.

The Center for Ignatian Spirituality has published “Contemplativus simul in Actione” (“contemplative at the same time as in action”) as an introduction to Ignatian spirituality. Ignatius devised the Spiritual Exercises as a way to help people tap into the benefits of contemplation while living active lives in a busy world.

“Contemplativus” includes a short biography of Ignatius, highlights of LMU history, a brief description of the Center for Ignatian Spirituality, and reflections and photographs of LMU community members who have tasted Ignatian spirituality. It is available as a free eBook and is downloadable here.