Wendy Butts MBA ’00, CEO of the LA Conservation Corps, talks about the role of nature in nurturing work ethic, confidence and community.
Photo by Jon Rou 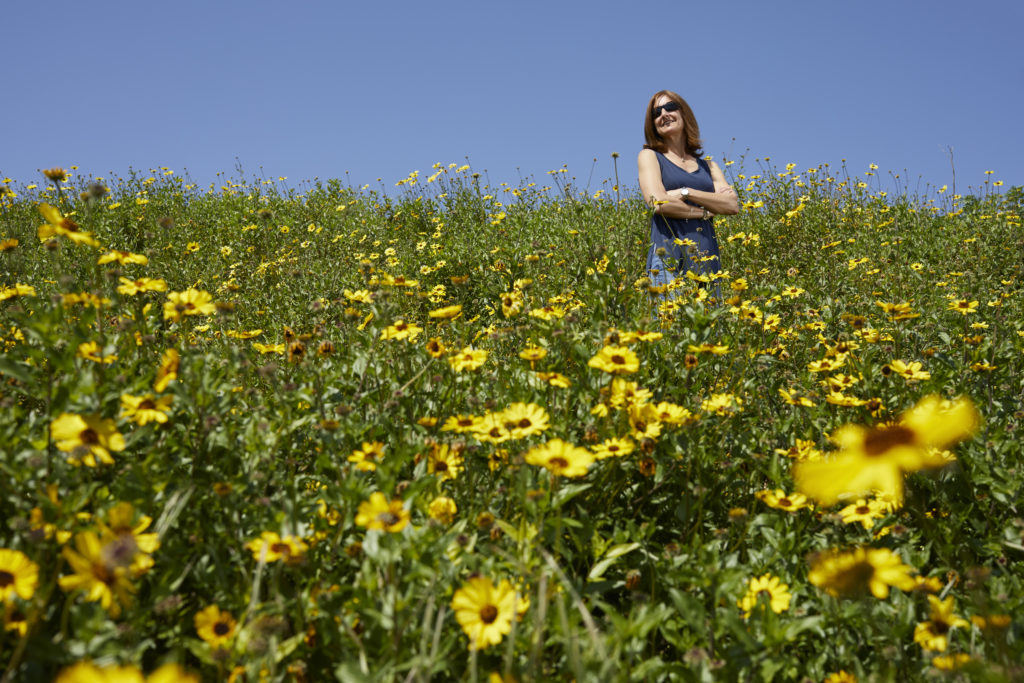 Wendy Butts MBA ’00 is CEO of the LA Conservation Corps, a youth development organization founded in 1986 by former U.S. Secretary of Commerce Mickey Kantor. Over the course of 17 years, Butts has held an array of posts with the corps, from training corps members to procuring funds, developing programs and serving as managing director. Butts served in Ecuador as a volunteer in the United States Peace Corps in 1994, and she’s had a love for the natural environment since childhood. She earned a master’s degree in international finance from the LMU College of Business Administration. Butts was interviewed by Aaron Smith, a Los Angeles-based writer and editor who has contributed to LMU Magazine since 2003.

When asked about LA Conservation Corps, what’s your elevator speech?
I describe the corps as a program that provides environmental and conservation-related work experiences, education and development for 18- to 24-year old underprepared young adults. Those who have not completed their high school diploma also go to our charter school for three months and earn a semester’s worth of credits in a small classroom setting that caters to the individual student.

What kind of work do they do?
The work is anything from planting trees, building gardens and maintaining trails to cleaning streets, replacing trash can liners, revitalizing alleyways, removing graffiti and recycling. We keep them busy doing things that improve communities but also address environmental issues around Los Angeles. It gives them experience coming to work every day: getting up early, wearing a uniform, taking direction from a supervisor, practicing the art of getting along with their peers and getting their hands dirty. The whole idea is to teach them what it means to have a job and keep a job.

In this digital age, what are the benefits of working outside — “getting hands dirty” — as opposed to working in an office, on a computer?
A lot of young people who come to us haven’t been successful in school or first jobs because they’re not traditional learners. They do better in experiential situations. They couldn’t sit still in class, but putting their hands to work building a trail or planting trees has a calming effect. Even if it’s a small park, working in nature can have such a positive effect on a young person’s confidence and general well-being.

So, nature helps to nurture?
Definitely. And we want corps members to experience places that they didn’t know existed, whether that’s Griffith Park or the Angeles National Forest where we’re working on trails. They go places and see things that they didn’t know were only 30 minutes away. So, the message is that nature isn’t that far away. We connect people with nature. One of my goals is to get corps members out not just to local natural spaces but way out, to the Eastern Sierras, for example. Because the longer they experience nature, the more transformation occurs. We had a project at Kings Canyon National Park preparing a campground and restaurant area. Corps members stayed in cabins for a week. Most had never been outside of L.A. for a day.

“A lot of young people who come to us haven’t been successful in school or first jobs because they’re not traditional learners. They do better in experiential situations.”

What are the challenges or roadblocks to success in the program?
We work hard to make sure that the barriers that might stop a corps member from coming to work or school are addressed. Those run the gamut from housing, childcare, health care and transportation to just having someone to talk to, a counselor, to share thoughts with. That’s our secret ingredient. That’s what keeps our corps members working toward the end goal, which is enough work experience to feel ready for a real job.

What jobs will they be able to pursue?
We have five career pathways centered around green jobs: land management, construction, energy, advanced transportation and manufacturing, and zero-waste recycling. We also have an independent pathway for someone who has a specific career goal, such as going into health care. We work with a pool of what we call bridge employers who understand who we are and what we do, and we try to match them up with our corps members. We’re working very hard to create pipelines into high-demand jobs with city departments and the county. We recently met with officials at LAX, for example. We’re trying to make the process of getting that first job more seamless, and we’re selling ourselves to the employers as a pre-apprenticeship program.

Let’s talk more about the conservation part of the program. Where can we see the impact of the corps’ work?
We plant the most trees across the city, by far. We beautify medians that were just piles of dirt with native plants and irrigation so they don’t die. We’re creating green spaces wherever we can. It helps us all breathe easier. We had a crew called the Rivercorps on a small part of the L.A. River, where there was habitat restoration but also basic education so corps members were fluent in information on the flora and fauna of the river and could share that with someone who rode by on a bike. We have a longstanding relationship with CalRecycle, which involves used tires, beverage containers, used oil and e-waste collection. We’re also trying to do a better job of articulating the benefits to the community in general. There’s something to be said about a young person who does work in their own backyard. We recently opened up shop in Compton and have been running crews out of Compton Creek Natural Park. They have embarked on a huge tree-planting project, planting thousands of trees in Compton. So, when these young people drive down a street, they can say, “I did that!” There’s something really powerful about that. It’s often hard to measure our impact because we leave behind things that others get to take credit for, but here is where the corps members get to go back 15 years down the line and say, “Hey, I helped create this park.”

What are some of your favorite nature spots in L.A.?
When I moved to L.A. from Arizona, I was overwhelmed by how big the city is. I landed in Culver City, and I’m a couple miles from the Baldwin Hills Scenic Overlook. Once a weekend, I run over there, hike up the stairs and run down the trails. Just by chance, we have a project there, widening trails and doing work on the stairs. That makes it all the more exciting to see what the crews have done in the previous week. Whenever we can, my family gets out to the Eastern Sierras and our favorite camping area, Onion Valley. We take backpacking trips, three or four nights long. And more recently I have found the trails that are below LMU, which are favorites now.

What brought you to LA Conservation Corps?
My dream job was to be a national park ranger. I grew up outside, camping and hiking. Almost every weekend, my family drove some place and had a picnic in nature. So, that’s in my blood. My mom almost joined the Peace Corps, so that was always in the back of my mind, too. When I was finishing college, I applied to the Peace Corps but didn’t go in with my first placement. I moved out to L.A. to pursue a career in advertising and realized very soon that I needed more purpose in my life. Another opportunity came up with the Peace Corps in Ecuador, and I went. I was a health volunteer, and I lived in the most remote site of all my 50 counterparts. I got a whole new world view of what it means to live simply but also what we take for granted here in the United States in terms of running water, electricity and feeding a family. I shifted to environmental education and got excited about conservation and environmental work. I came back to the U.S. and really wanted to work for a corps.

You’ve been with the LA Conservation Corps for 17 years and CEO for the past five. How has the work changed since you started, and how has it changed you?
I got my first job as an environmental education instructor and moved my way up. I’ve had 12 or 13 different jobs here. My love of the corps has grown through experience. When I came here, I thought it was all about the environmental side. But in the top leadership role, I’ve learned to love the youth development side of what we do and realized it’s really what we’re all about. The environmental and conservation stuff is great, but if you can’t put food on the table or if you’re dealing with major trauma and just getting by day by day, you can’t think about hugging a tree. It’s all about these young people. I’ve made a big effort to get to know them individually. I do coffee talks to hear what’s on their minds, and I go out and work alongside the corps members to see how hard the work is. It’s changed the way I lead the organization. So, just like the corps members who go through a transformation here, I have, too.

What brought you to LMU, and what did you take away?
I realized I had an affinity for business, so I wanted to get my master’s degree. I sought out LMU, but I was applying midyear so I ended up as a research assistant with the MBA department while I worked part-time. At LMU, I learned what I now try to instill in corps members about opportunities and confidence. I did OK in college and maintained a 3.0 GPA, but I didn’t really work as hard as I did at LMU where I got really good grades. I started to realize what I was good at, and it built my confidence.

And now you’re in the business of doing the same for L.A.’s youth.
I’m glad to be in a position to help them do that, and to see the great work that they’re doing across the community.