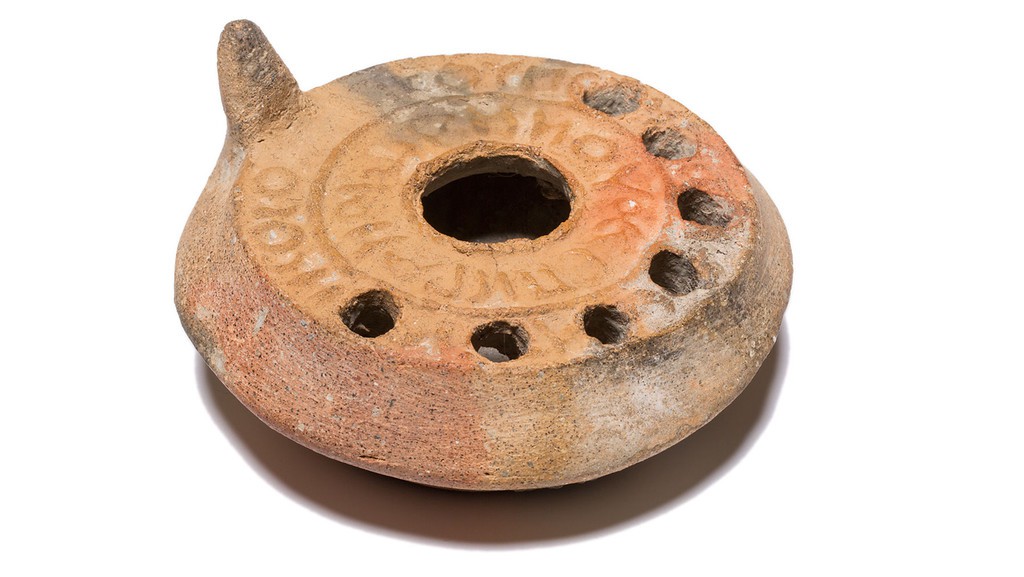 In the LMU Archaeology Museum is a small, reddish terra cotta lamp from what is now Syria.

The lamp was acquired by William Fulco, S.J., professor in the Department of Classics and Archaeology, in Jerusalem while on a trip to the Middle East in 1967. A decade later, Fulco was again in the region on an archaeological tour. His work in Syria began at the Department of Antiquities, where he briefly met Khaled al-Asaad, an expert in the art and archaeological ruins of Palmyra, in central Syria.

Palmyra, now a Syrian archaeological site, was a crossroads of several civilizations in the first and second centuries as a caravan city along the Silk Road that linked the Roman Empire with Persia, India and China. Its archaeological ruins were declared a World Heritage Site by UNESCO in 1980.

But earlier this year, some of Palmyra’s unique cultural heritage has been destroyed. In August, fighters in the Islamic State group blew up the Temple of Baalshamin and the Temple of Bel, which date to the first century A.D. They had earlier done the same in Iraq, destroying antiquities in Hatra, a 2,000-year-old archaeological site, and Nimrud, a 3,000-year-old Assyrian city.

Al-Asaad’s name today, sadly, is known around the world. Before Palmyra was seized, he had helped evacuate some of the city’s treasures to Damascus. The militants are believed to be selling some valuable archaeological artifacts to fund their operations. After he was detained, al-Asaad is said to have refused to reveal the location of other hidden cultural treasures. For that, al-Asaad was beheaded and his mutilated body publicly displayed.

Some analysts say that the Islamic State group’s actions are part of a campaign to garner publicity as well as destroy evidence of foreign cultures, or those that recognize cross-cultural cooperation as beneficial.

Fulco says LMU’s terra cotta lamp, which was probably owned by a wealthy family and would have burned olive oil for light, is very well preserved and sophisticated in design. Around the top of the lamp are two concentric bands, each with an inscription. When translated, the outer circle reads, “The blessing of the Mother of God be with us,” words that likely date the object to the Arian controversy in the fourth century A.D. Also interspersed in the outer band are seven holes, which reference the Jewish tradition of the menorah. And on the underside is an ornamental design that traces back to Arab-Christian traditions whose art precedes what is now considered Islamic art. The lamp’s significance, Fulco says — and this is why he likes it so much — lies in the fact that it embraces three religious traditions.