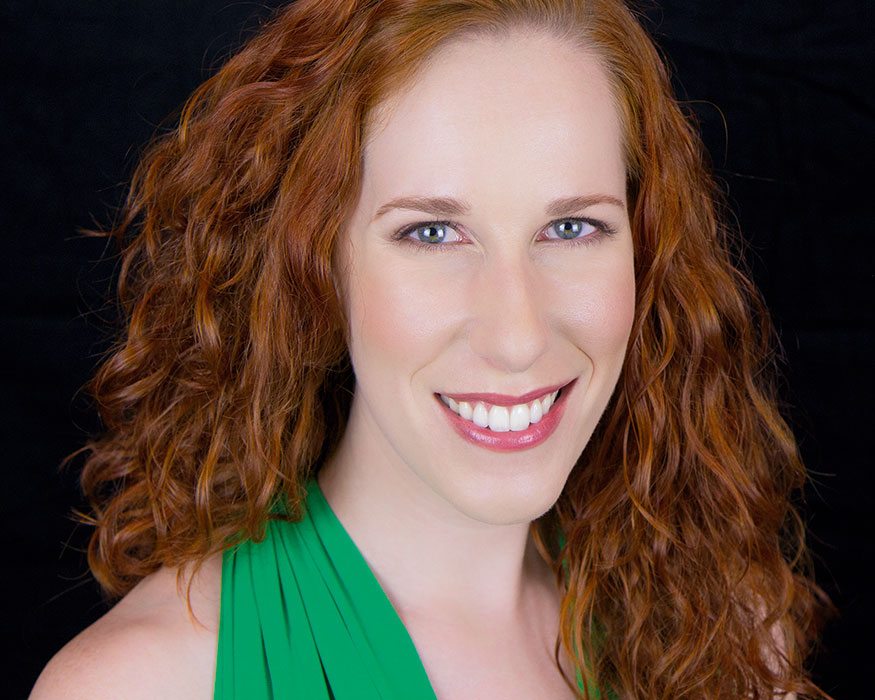 Her voice, a rich and polished mezzo-soprano, seems intended for classic venues. These days, it reverberates flawlessly within the Colonial-era churches and tony concert halls of Boston.

In one recent weekend, she performed Gilbert and Sullivan’s beloved light opera “The Mikado” four times with the Lyric Stage Company of Boston, while also cramming in a Saturday morning rehearsal and Sunday morning service with the professional choir of Boston’s First Unitarian Universalist Church.

“It was a working weekend,” English says, downplaying the challenge of juggling multiple musical obligations — not to mention two part-time administrative positions that help her maintain a steady cash flow while building her singing career.

As a regular performer with the First Church Choir, the Boston Opera Collaborative, and the Lorelei Ensemble, a group with all women’s voices, English has mastered a repertoire ranging from “The Marriage of Figaro” to “The Messiah” and contemporary compositions.

It’s a long way from grade-school music lessons and dreams of Broadway. The shift came at LMU, where English delved into a music curriculum focused on classical works and discovered opera.

She realized two things: Opera suited her voice, a voice big enough to carry without amplifiers, and it offered her the chance to create characters and inhabit different worlds.

After completing her bachelor’s in music with a minor in dance at LMU, English set a deliberate course for the Northeast, where she earned a master’s degree in music from the New England Conservatory, and launched a life of auditions, rehearsals and curtain calls.

When she can break away, English loves to travel. Yet the music always finds a way to tag along. Last year in Tibet, a group of Buddhist nuns asked English to sing for them. Caught completely off guard and fighting a cold to boot, she picked a simple piece — “Edelweiss” — and reluctantly began to sing.

“It was terribly embarrassing,” she says, “but really cool. I was singing in a monastery in the mountains in Tibet. And the nuns loved it. They said they’d never heard anything like it.”