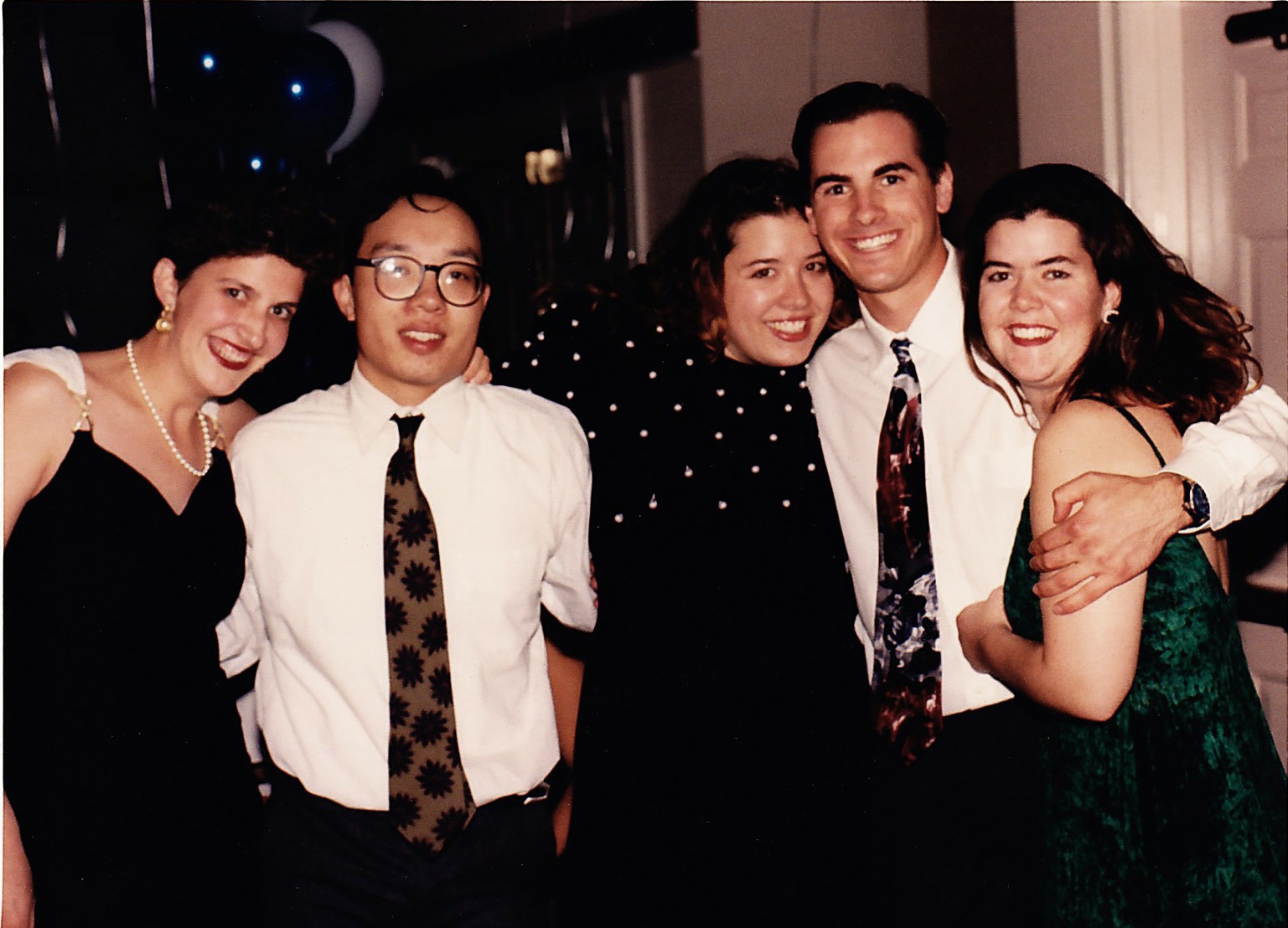 An LMU service org that was born from a chance encounter with a poor woman in a chain restaurant marked a quarter century of history with — what else — a service project. During the 2017 Alumni Weekend, Sursum Corda alumni delivered sandwiches to the St. Francis Center in Los Angeles and toiletries to the St. Joseph Center in Venice.

Late one evening in 1992, says Carla Marie Rugg ’91, ’96, Jeff Sun ’93, M.B.A. ’94 and Jon Vigano ’94 decided they should help a woman they saw in a Denny’s restaurant booth who appeared homeless. When they offered to pick up her bill, she refused, saying others needed help more than she did. “She asked them to help those people,” Rugg says. Sun and Vigano took that suggestion seriously.

Sun and Vigano decided to launch a service org focused on needs outside the LMU campus. This became the group’s defining trait: 75 percent of members’ service activities must take place in the community. Brennan Hom ’94, who also was present at the beginning, says, “It was exciting to do something new and fresh.” They had an extra incentive, Hom says. He and Vigano had applied unsuccessfully for membership in another service org. “We had a burning desire to do something different and start something new. … Maybe that helped push us to get [Sursum Corda] off the ground.”

Rugg treasures her Sursum Corda experience precisely because she wasn’t in a service org as a student. In her senior year, she realized what she missed.
A year later, when Rugg was a staff member, Vigano asked her to be a moderator of Sursum Corda (which means “Lift up your hearts”), along with Donald Merrifield, S.J., and Agnes Marie Schon, C.S.J. Rugg held the role for four years, and it changed her life.

“It’s good to know that you made a difference, which is something I learned at LMU: that that kind of success should be a priority, as opposed to just striving for yourself. And the students involved in Sursum Corda exhibit that on a daily basis,” Rugg says.