By Michael Genovese
Illustration by The Heads of State

If the Electoral college tallies a result that does not reflect the popular vote for president, then perhaps it’s time, Michael Genovese says, to shutter the institution. 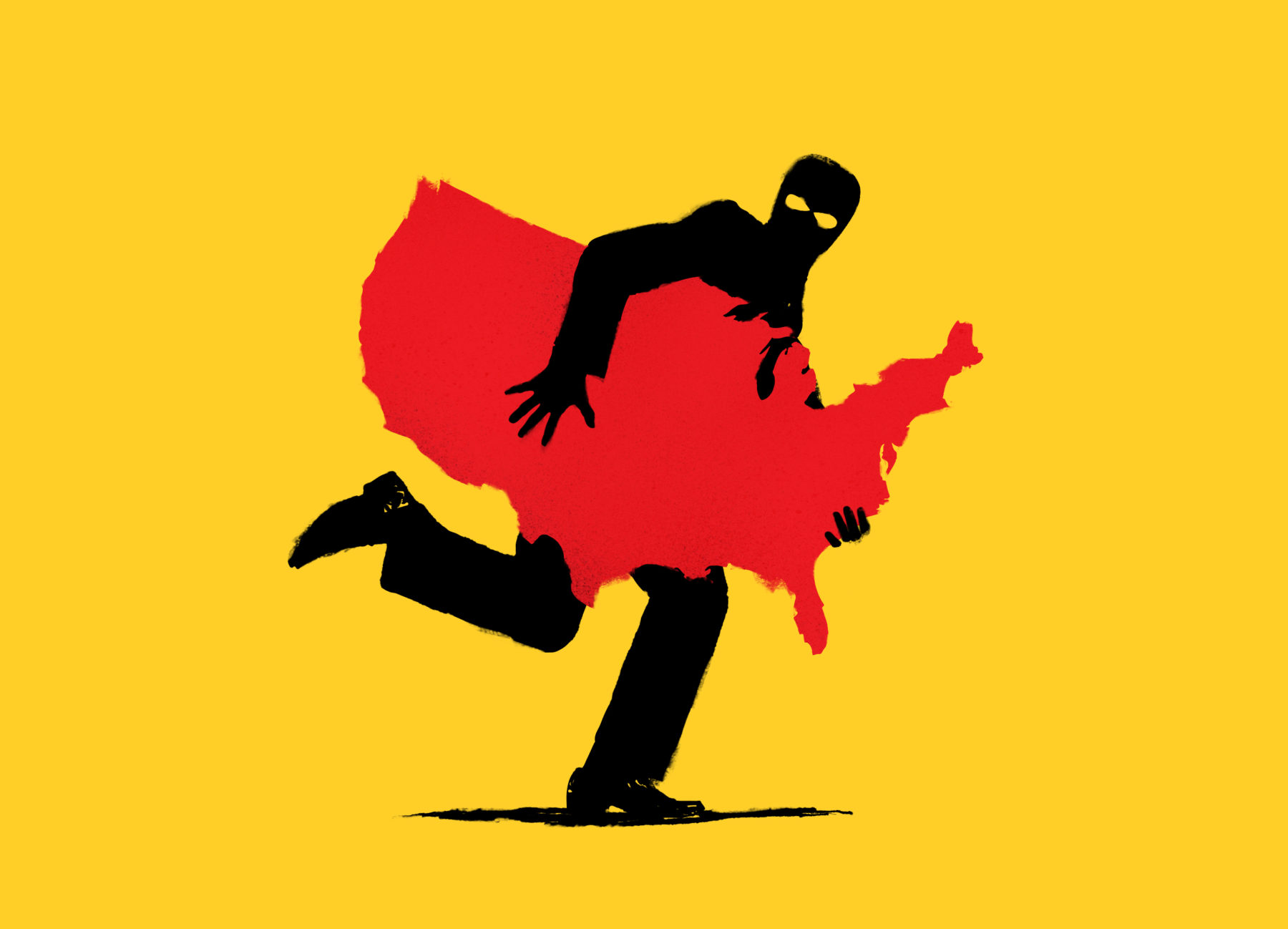 Five times in U.S. history, a presidential candidate has won the popular election and lost in the Electoral College. It first happened in 1824, then not again for 51 years — in 1876. Just 12 years later, Grover Cleveland lost in the Electoral College to Benjamin Harrison. Then, more than a century passed before Al Gore similarly lost to George W. Bush. After only 16 more years, the nation’s current president took office despite collecting fewer votes than his opponent. Since 2016, reform of the Electoral College has been increasingly debated in outlets ranging from The New York Times to the Durango Herald and Teen Vogue. Here’s a look at some of the history, issues and criticisms of perhaps the most elite college in America. — The Editor.

What is the Electoral College?
The Electoral College, which elects the president of the United States (no, the voters do not elect the president, electors do), is a uniquely American institution. No other country — ever — has employed such a leadership selection system. The result of a bundle of compromises, concessions, bargains and last-minute deals, this untried method of presidential selection was finally agreed to by the inventors of the American system largely because all other proposed methods failed some key test, leaving the Electoral College, in effect, as the last model standing at the end of the Constitutional Convention in 1787.

What is the basis for the college in the U.S. Constitution?
The Constitution stipulates that “each state shall appoint, in such a manner as the legislature thereof may direct, a number of electors, equal to the whole number of Senators and Representatives to which the state may be entitled in Congress.” Thus, electors in each state, not the people, select the president. This clearly undemocratic leadership selection method was approved because the Constitution’s framers did not trust the people at large to select the chief magistrate. Democracy, often referred to as “mobocracy” by several of the framers, was seen as an untried and unpopular means of governing. But, if not the people, who? Many framers supported having the Congress select the president, but such a model would likely make the president a mere errand boy to the Congress and thereby undermine the separation of powers model the framers sought to institute. Some states that permitted the owning of slaves were suspicious of any selection method that did not explicitly protect their power to maintain slavery, so they wanted to weight the system in their favor. Also, the small states feared that the larger states with their population advantage might overwhelm less populous states, leaving them out in the cold. The framers ended up deliberating for 22 days and took 30 votes before finally arriving at a compromise that pleased no one. It was hoped that so-called eminent men in society might become electors and that their wisdom might prevail in selecting the best person available.

Was there any opposition to creating it at the time?
There was strong opposition to the Electoral College, especially among those referred to as the Anti-Federalists (those who opposed the adoption of the new Constitution). The fear among the Anti-Federalists was that this new president might become a king, and that the eminent gentlemen who were to select this king-in-waiting would choose prominent land barons who would favor the landed gentry and not represent the interests of the people.

Does the Electoral College have an historical precedent that the framers admired?
No. It was wholly invented at the Constitutional Convention.

How are its members selected?
Each state selects electors. The Constitution says that “no Senator or Representative, or person holding an office of trust or profit under the United States, shall be appointed an elector.” Other than that, the states decide. Over time, the political parties have become instrumental in choosing slates of electors committed to supporting the party candidate.

Does the Electoral College actually meet?
Yes but not all together. On the first Monday after the second Wednesday in December, electors go to their respective state capitals (or the District of Columbia) where they cast their votes, listen to a speech or two, have lunch, then go home. Their votes are sent to Congress, which conducts the official vote count.

Do the members of the Electoral College have any discretion in casting their votes?
Yes, some. While many states have laws that require the electors to vote for the candidate to whom they are pledged, there is really no way to enforce such a rule, and few states attach criminal penalties if electors violate the rule. Thus, at each election, there are a few “faithless electors” who do not vote as pledged. Between the election and the day electors actually vote, there is a great deal of lobbying of electors to change their votes. And while this has never overturned the results of an election, in a close election would electors be bribed? Pressured? Threatened? The possibility of mischief is real and dangerous. In August 2019, a federal appeals court ruled that electors do not have to vote for the candidate to whom they are pledged. This could throw a bit of a monkey wrench into the process, but the case must work its way up, perhaps to the Supreme Court, for a final decision, and it seems unlikely that the Supreme Court would side with the appeals court’s decision.

Who oversees the voting process?
Each state has its own rules and regulations, but in the end, Congress is the final decider on which votes to count and what rules to apply. Losers in the process can appeal to the courts, but the shortness of time often precludes a judicial remedy.

Can the final vote of the Electoral College be contested?
Congress can decide not to accept the votes of a state (or states) if it believes the votes were not properly counted or if it is convinced the election was corrupt or fixed.

“The Electoral College, which elects the president of the United States (no, the voters do not elect the president, electors do), is a uniquely American institution. No other country — ever — has employed such a leadership selection system.”

Does the Electoral College still serve a purpose or has it become outmoded or even detrimental to our representative democracy?
There is still a heated debate over the merits of the Electoral College. Advocates for keeping it argue that it protects Federalism and the power of states, reinforces the stability of the two-party system, and requires candidates to create broad political coalitions. Reform could also bring unintended consequences. Opponents (and I include myself) see it as an anti-democratic relic that no longer befits a constitutional democracy. It violates political equality (residents of small states often have a numerical advantage over larger states due to the way electors are distributed by number of senators and representatives), too often provides us with the election’s loser as president, and writes off entire states that are very blue (e.g., California) or very red (e.g., Utah), leading candidates to focus on the six to 10 key battleground states, and ignore the rest. The Electoral College also allows for political chicanery due to the role faithless electors play in the process. So, what to do? Direct popular election is the simplest and most democratic method. And if one candidate does not receive more than 50 percent of the vote, there could be a runoff election between the two highest vote getters one week after the first presidential election. If keeping the Electoral College is your goal, why not distribute electoral votes by a proportional, not absolute, method, thereby making the results more closely relate to the popular vote while retaining the mechanism of the Electoral College? Of course, in the end, I remain open to the possibility of making me king, so we could all relax and let me do the job I have been trained to do.

Michael Genovese is a professor of political science in the LMU Bellarmine College of Liberal Arts. He holds the Loyola Chair of Leadership Studies. The author of more than 50 books, Genovese also is president of the LMU Global Policy institute and a frequent commentator on CNN. In 2017, he received the American Political Science Association Distinguished Teaching Award.