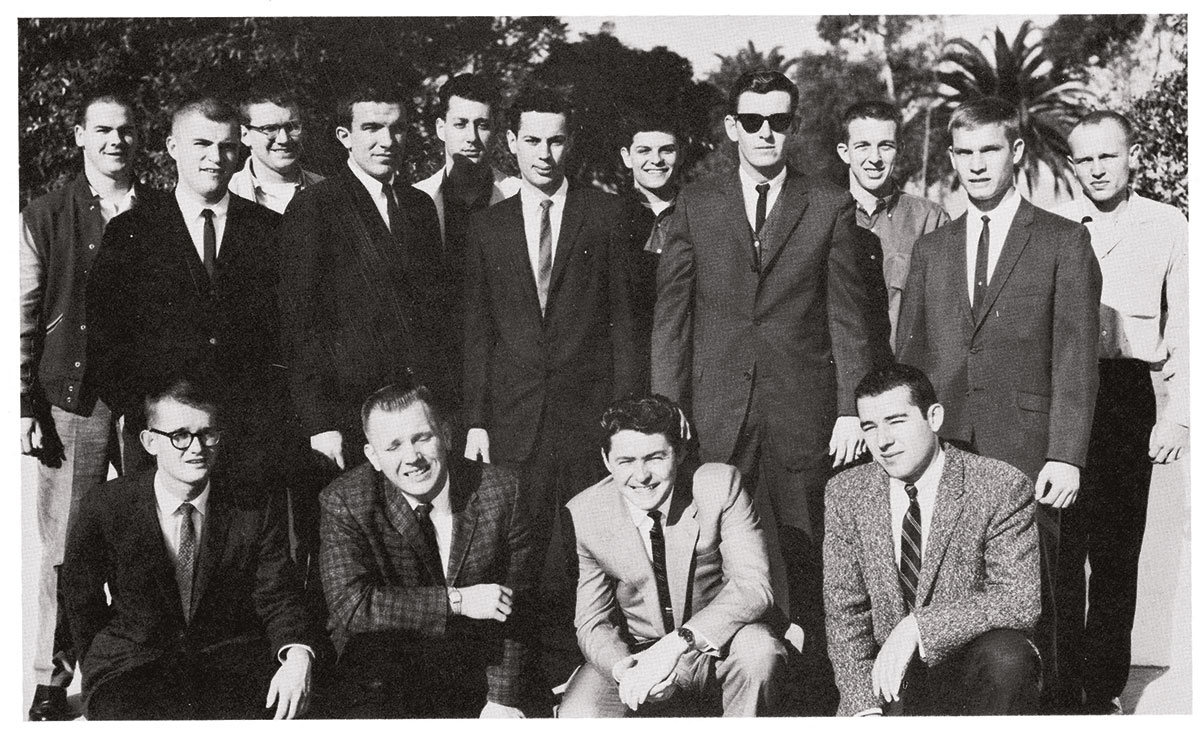 Steve Page’s parents had a mantra. “It was,” he remembers, “You guys are going to get an education.”

Page grew up with five brothers, and all six attended Loyola High School. Five went on to attend LMU, and Page himself to Loyola Law School, graduating in 1968.

Money was tight for the Page brood growing up. Mom and dad ran a small grocery store in South Central Los Angeles. Mom had dropped out of elementary school. Dad, an immigrant from the former Yugoslavia, had no formal schooling. Rather than deterring Page’s parents, their struggles motivated them. “They said, ‘You guys aren’t going to do what we did,’” Page recalls.

Times turned even tougher when the family patriarch passed away when Page was 17 and his youngest brother was only 3. “We did not have the wherewithal to pay for tuition,” Page says.

Nonetheless, with financial assistance, Page made it through the strenuous College of Business Administration accounting curriculum led by Professor Paul Grosch. In time, Page became vice chairman and CFO of United Technologies, president and CEO of Otis Elevator, and CFO and executive vice president of Black and Decker. He was a member of the LMU Board of Trustees from 2003–12.

But Page didn’t wait long after graduating to begin donating to LMU. New to the workplace, his annual contributions were modest amounts of $10, $20 and $25 dollars, but they established a habit.

Today, Page’s scholarship gifts are wide-ranging. He and his late wife, Judy, have funded a four-year CBA merit scholarship and donate to several others. Then there’s a Frank R. Seaver College of Science and Engineering scholarship named for John Page ’60, Steve’s older brother who also attended LMU via scholarship and has taught at LMU for more than 50 years.

Page knows scholarship assistance made a difference to his family. “We all went to college and somebody paid for all of that,” Page says. He then deadpans, “I guess lots of people, because there were lots of us.”

As for his own gifts, Page’s explanation is simple. It’s just giving back, he says, “and that is all there is to it.”

Jeremy Rosenberg is a freelance writer in Los Angeles whose work has appeared frequently in LMU Magazine. His work also has appeared at is a KCET “Departures.” Follow him on Twitter @LosJeremy.