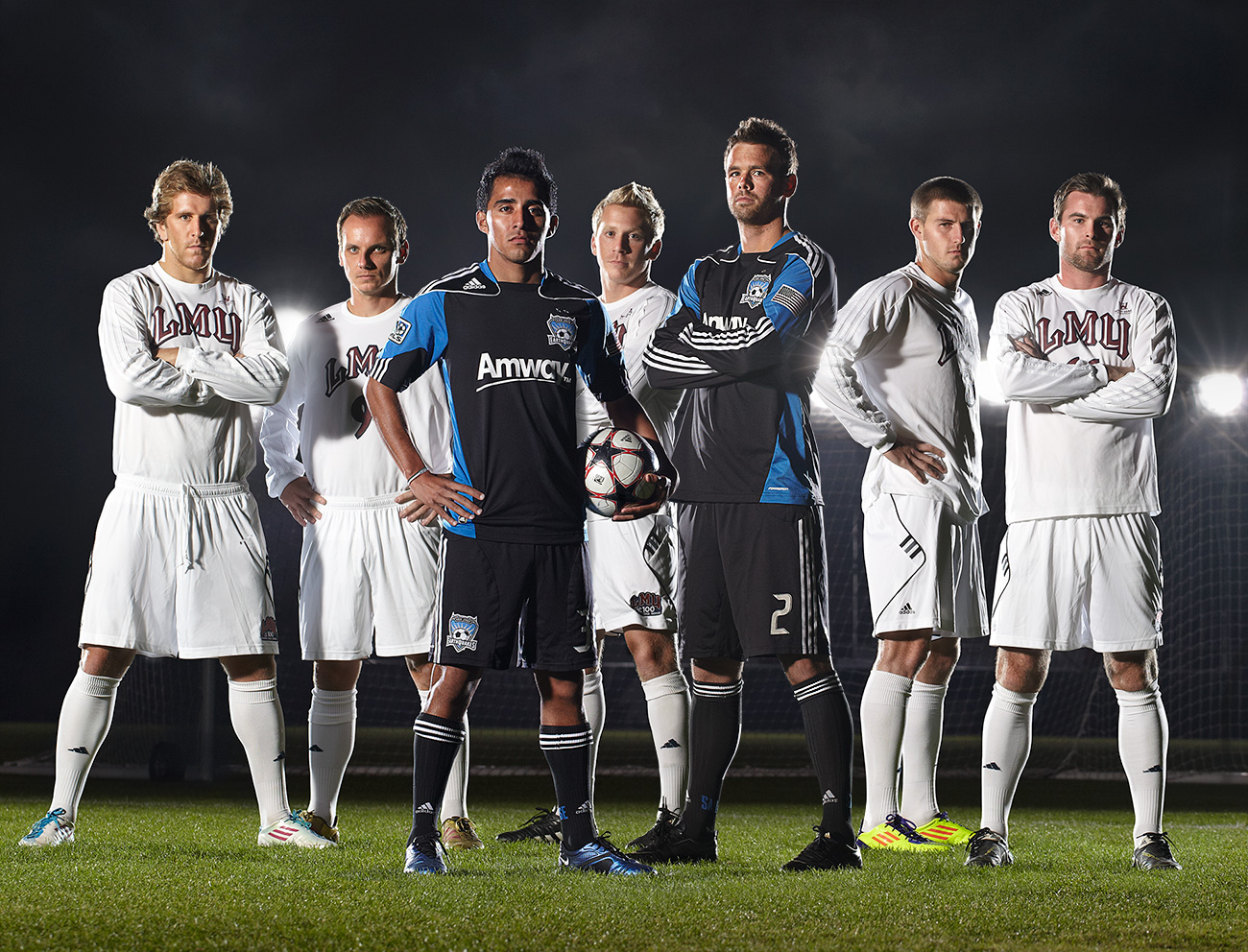 Burling and Baca are two of the stellar players who have helped raise the level of LMU soccer, especially in the last decade. Baca was the first Lion placed on the Herman Trophy Watch List, college soccer’s player of the year award. Burling, a first team all-WCC honoree as a senior, had already entered LMU’s top 10 all-time lists for goals, assists and points as a junior.

The rise of LMU’s men’s soccer has taken place under a coach who played the game at the highest levels. Paul Krumpe went into the pros after his UCLA career, and he spent five years with the U.S. national team, including the 1990 World Cup and 1988 Olympics. He scored four goals while wearing the red, white and blue. To current players, that’s credibility.

Despite his pedigree, Krumpe, in his 14th year as coach, credits his players for LMU’s success, especially the team’s core of seniors. One of them, defender Roger Downes, is LMU’s second Hermann Trophy candidate.

“The seniors on the field have basically been starters since their freshman year,” Krumpe says. “When they were freshmen, we finished at .500. The next year, they went to the NCAA tournament, and the following year we won the conference. Those players have gotten LMU soccer back on the national map, and it’s going to pay big dividends in the program in the coming years.”

One extra dividend could be current players following Baca and Burling into the pros. Krumpe knows the hard work that kind of success requires. “Pro clubs look for character as much as talent at the next level. They want guys who will work hard, day in and day out, and help build a strong bond between the organization and the community. I feel one of my jobs is to develop both the player and the man.”

That’s a path already being paved.

During the 2011 season, the members of the men's soccer team wore black arm bands in memory of their teammate David Kucera, who passed away January 9, 2011, during his sophomore year. He was a member of the 2010 WCC championship team and had been voted most improved player. His first career goal as a Lion was crucial to the team's come-from-behind 3-2 victory over Gonzaga University on Nov. 7, 2010. The David Kucera Memorial Fund has been established in David's memory.