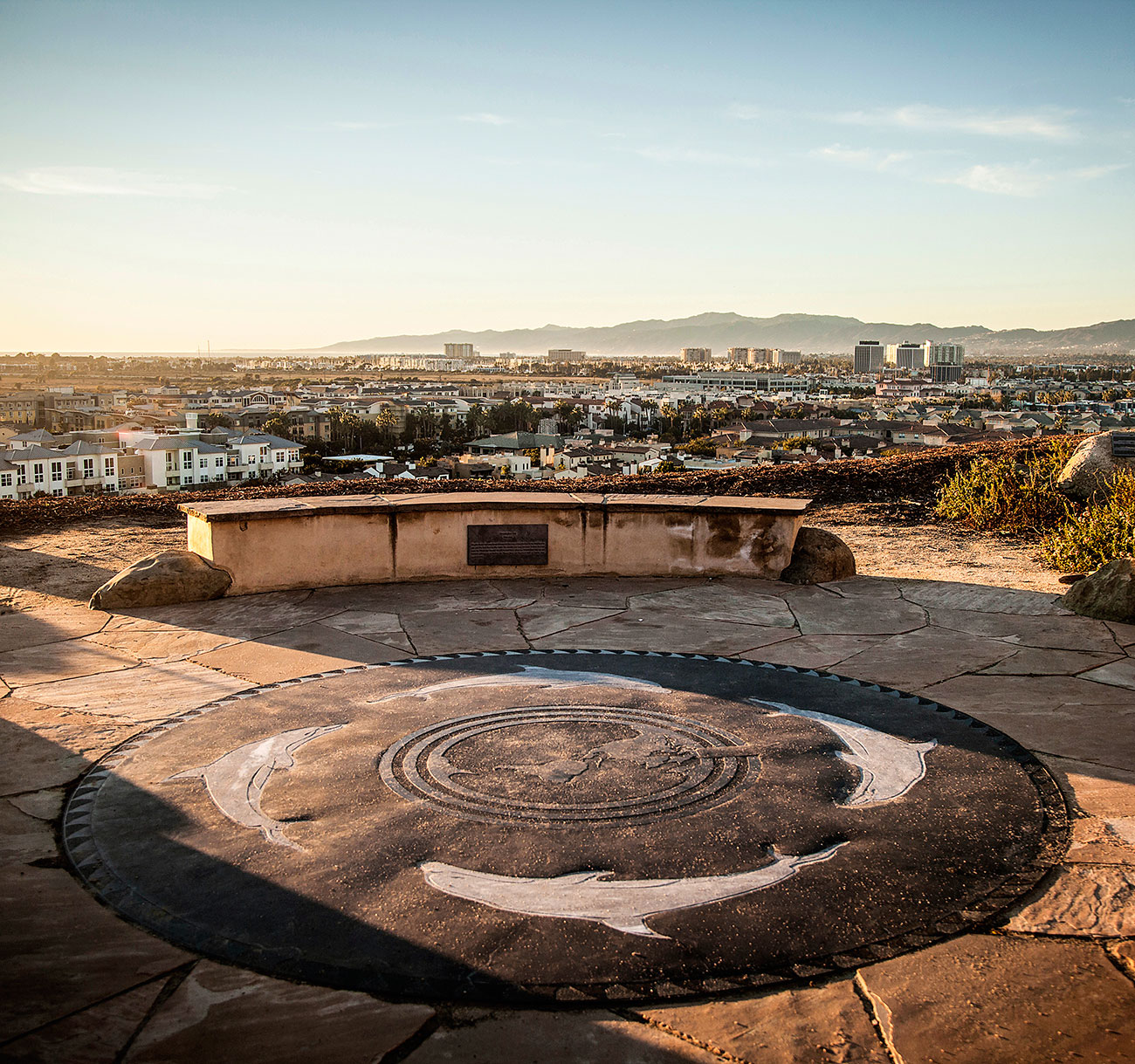 The influence of the Tongva people, the Native American people who made their home in much of the Los Angeles basin, remains present today in place names familiar to most all Angelenos: Azusa, Cahuenga, Cucamonga, Topanga, Tujunga and Pacoima. The Tongva, which means “people of the earth,” lived in villages stretching from the Pacific Ocean to areas now encompassed by western San Bernardino County. Many village names, however, today are unknown or forgotten by most Angelenos: Engvangna, near Torrance; Ahanga, near Long Beach; Suangna, in present-day Carson; Jajamonga, near Glendale; and Yanga, near downtown Los Angeles.

Other native peoples lived nearby, including the Chumash, to the north along the coast, whose presence is evidenced in names like Mugu, Malibu, Simi and Ojai.

LMU’s Tongva Memorial, established in 2000, is found on the bluff overlooking Playa Vista where Tongva artifacts were discovered during the construction of the Leavey residence halls. The site was rededicated in 2004 after the remains of several hundred Native Americans were found in a burial ground on the Playa Vista property below the bluff. These were reburied in an earthen mound within the Ballona Discovery Park. About 3,000 Tongva archaeological sites exist within what is now Los Angeles and Orange Counties.

This article is part of a feature titled "This Is Indian Country," by Nicolas G. Rosenthal, professor of history in the LMU Bellarmine College of Liberal Arts. The feature was published in the summer 2016 issue (Vol. 6, No. 2) of LMU Magazine.