“Be slowly lifted up, thou long black arm,
Great gun towering towards heaven, about to curse …”

These lines launch Wilfred Owen’s “On Seeing a Piece of Our Heavy Artillery Brought Into Action,” a poem also known as “The Artillery Sonnet.” Owen is remembered as perhaps the foremost poet of the First World War, in which he died. His words exquisitely describe the dead, gray horrors of battle.

Poetry was not the only sad and beautiful work to come from the Great War. The artistic handiwork of soldiers is found as well on the objects of destruction — drawings, engravings and even embossments found on the sides of spent artillery shell casings. Its name is trench art — creative images carved into the detritus of battlefields.

Lawrence Tritle, professor emeritus of history in the Bellarmine College of Liberal Arts and a combat veteran of the Vietnam War, donated shell casings and other items — helmets, military patches, rationing cards, photographs and newspapers — to the Archives and Special Collections department of the William H. Hannon Library.

Soldiers produced handiworks during wars throughout history, he says, but the artifacts associated with World War I seem especially distinctive.

“In those days,” Tritle says, “many more soldiers than today came into the military with manual skills and experience working with metals. They’d know how to engrave or mold metal objects.”

Expended shell casings from 75 mm artillery guns used by the French and the American Expeditionary Forces in the First World War would be turned into drinking cups for beer and wine. Nails, bits of bed springs and screwdrivers became the etching instruments for simple messages or drawings. But skilled soldiers could do even more. An annealed shell casing with no cracks could be pressed against other hard metal surfaces, creating beautiful, symmetrical fluted patterns. With time, a hammer and heat — even a simple wood fire — abandoned wartime metal could be softened then shaped, even embossed, into a kerosene lamp, a vase or a decorative piece of art.

As in all wars, time was in excess supply for the typical soldier, Tritle says, and making trench art relieved monotony. In some cases, it occupied seemingly endless hours in prison camps for those captured in battle. For the wounded in military hospitals, working with objects sped the passing of many hours in recuperation. And when the war ended, villagers collected debris and crafted artifacts themselves.

Nowadays, Tritle says, trench art is turning up in museums, libraries and historical societies because descendants of the soldiers have little reason to keep the things that “have been stored away and ignored in attics, basements and garages.”

In “Trench Art: An Illustrated History,” author Jane Kimball points out that the craftsmanship of the artifacts from a war fought a century ago had made collectors deem it the Golden Age of trench art — an ambiguous commendation, it may be said. 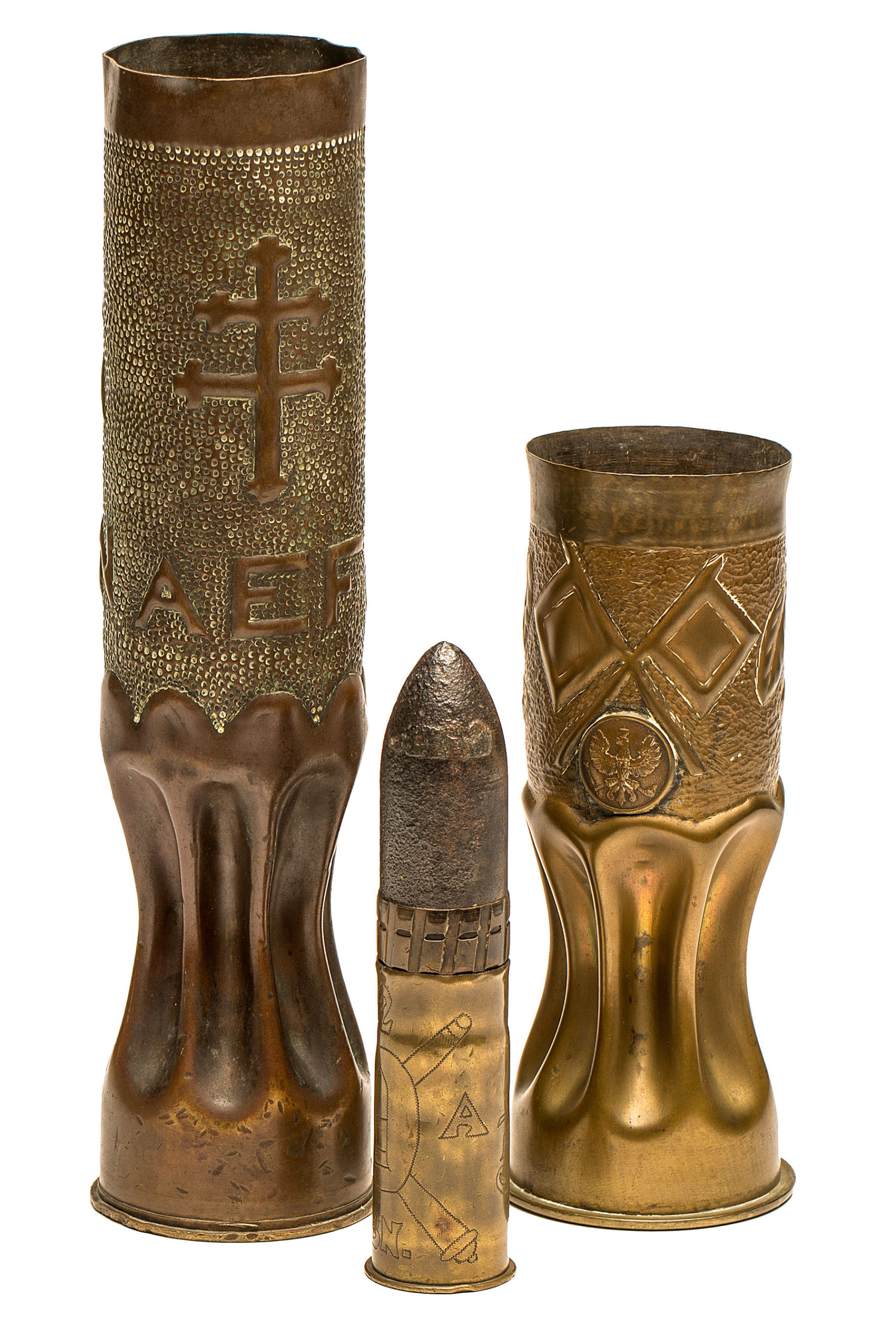