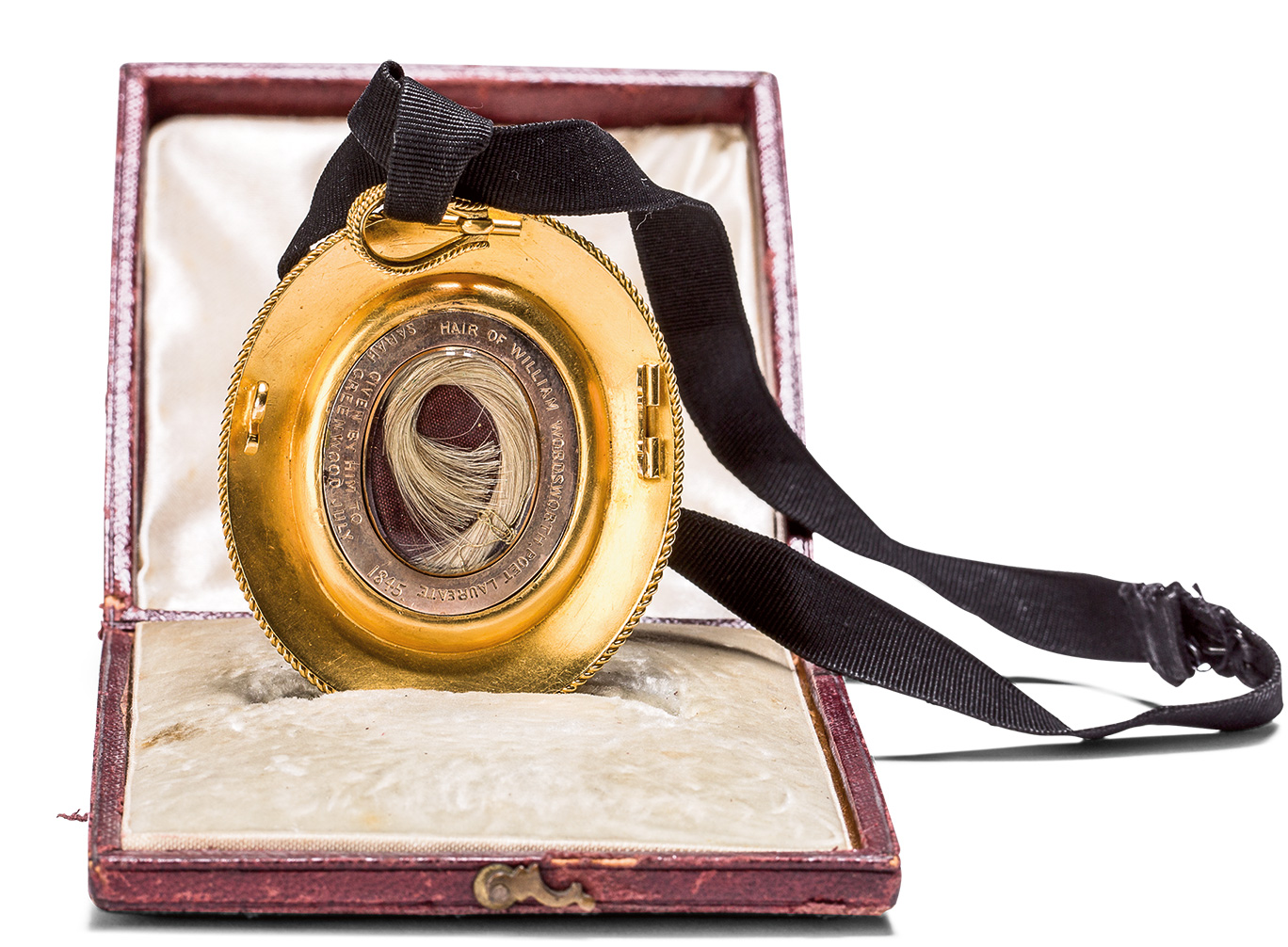 First a symbol of life and love, later the talisman of death: Your lock of hair, sealed in a tight locket, may outlast you and carry on your notoriety, if you have some, for a few hundred years, perhaps ending up in a museum.

This past fall, Allison Skillen, graduate student in English in the Bellarmine College of Liberal Arts, began exploring the mysterious history of a lock of hair, encased in a locket, that once was attached to the head of English Romantic poet William Wordsworth. The locket is part of the William H. Hannon Library Special Collections.

Wordsworth, born in 1770, was a top-drawer celebrity — England’s Poet Laureate — when his snippets were presented to one Sarah Greenwood. Engraved on the locket is the following: “Hair of William Wordsworth, Poet Laureate. Given by him to Sarah Greenwood July 1845.” Skillen was fascinated by the identity of Sarah Greenwood. Through painstaking research, Skillen placed her in a well-known English family, but she also may have uncovered a connection that joins writer Charlotte Bronte to the poet.

Yet just as intriguing is our culture’s unending fascination with odd objects. In the 21st century, Wordsworth’s hair is an oddity, a curio from a 17th century wonder cabinet.

Wonder cabinets, says Cynthia Becht, head of special collections, contained unusual artifacts, trinkets and wares from far-off places. During the Enlightenment, intellectuals sought evidence in many forms, and the strange objects from distant reaches, exhibited in pieces of furniture filled with cubbies, were proof of learning, samples of new knowledge and evidence for theories.

In the 21st century, Wordsworth’s hair, too, is a curio. Dermot Ryan, professor of English, doesn’t find that so odd. He says Wordsworth would have felt quite comfortable about our fascination with his hair. Wordsworth, he says, “was drawn to physical objects that reminded people of loved ones who had died. These objects remind us, by implication, of our own death,” Ryan explains. For Wordsworth, writing itself functioned as a kind of eternal inscription that allowed the dead to speak to the living, and several of his poems center on keepsakes.

Ryan says Wordsworth might take satisfaction “in the fact that the locket served as quiet evidence that his literary reputation was no longer in doubt.” To Becht, it’s no surprise at all that a piece of hair sparks such research, rumination and maybe speculation. Libraries, she explains, “are definitely the modern-day version of the cabinet of wonders.”