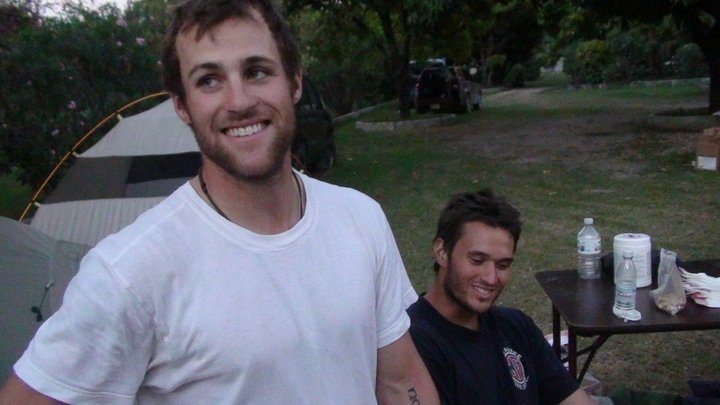 Last night, we paid our respects to a young man who was changed by the world, in some ways for the better, in others for the worse. At a memorial service for Clay Hunt in Sacred Heart Chapel, we experienced the awful ambiguity of an event that was equal parts grief and gratitude.

Clay Hunt, 28 and a native of Houston, Texas, was an undergraduate student at LMU. He began his studies after serving in the U.S. Marine Corps in Iraq and Afghanistan. He arrived in Iraq in January 2007. In Anbar Province, a sniper wounded him. He was awarded a Purple Heart. After his recovery, Hunt was admitted to the U.S.M.C Scout Sniper School and was sent to Afghanistan. He was honorably discharged in April 2009.

Last night, Clay’s parents shared stories that were both humorous and honest. Clay’s mother, Susan Selke, remembered that her son so enjoyed LMU that he took her to one of his first classes at LMU. Then in his mid-20s, Clay must’ve been the only student unembarrassed to walk into a classroom accompanied by his mom, she remarked.

Clay’s father, Stacy Hunt, testified to the profound effects of war that shaped his son. Clay saw at least five of his closest friends die in action, and more than one in his own arms. That experience was the heart of the darkness that Clay battled thereafter, and, perhaps, the biggest factor in his taking his life March 31. Yet, Clay’s military service also cemented bonds between him and his comrades. Perhaps more telling still, his experiences as a Marine convinced him that he had much to give the world and that the world needed it from him, and from others.

Clay came to LMU in fall 2009. His major, as one might expect, was physical and occupational therapy. His family members and his colleague, Britney Holland ’10, herself a veteran, commented that Clay became somewhat infamous for his sporadic appearances in class. Clay was not sleeping in. He and Jake Wood, a fellow Marine had founded Team Rubicon, an emergency relief squad made up of former soldiers with unique skills. If Clay wasn’t in his assigned seat, he was probably in a disaster zone.

After Haiti was struck by an earthquake in January 2010, Clay and his comrades found a way there within a week, setting up medical facilities and helping to improve transportation. Later, he returned for a second visit. He and his team also helped victims of Chile’s earthquake in February 2010. In September 2010, First Lady Michelle Obama praised Team Rubicon at the sixth annual Clinton Global Initiative meeting in New York. Clay also was deeply committed to helping veterans readjust to civilian life. He helped Holland when she founded LMU’s Student Veterans Association, which helps veterans as they adjust to student life as well as veterans beyond the campus community. He also traveled to Washington, D.C., to persuade members of Congress about the need for effective programs for veterans.

It was said repeatedly at his memorial service that Clay Hunt relished being at LMU. His time here was brief. While here, he wrestled with demons. Yet, Clay didn’t wait till he had overcome his demons to help others. “I find it fitting that all of Clay’s accomplishments at LMU involved service,” Holland said. The demons did not eat up that part of Clay — a remarkable testimony to his character.

Grief and gift lived together, uneasily, in Clay Hunt’s heart. Perhaps our grief will pass. But Clay’s gift to us will not. Our most lasting tribute to him will be to give to others.