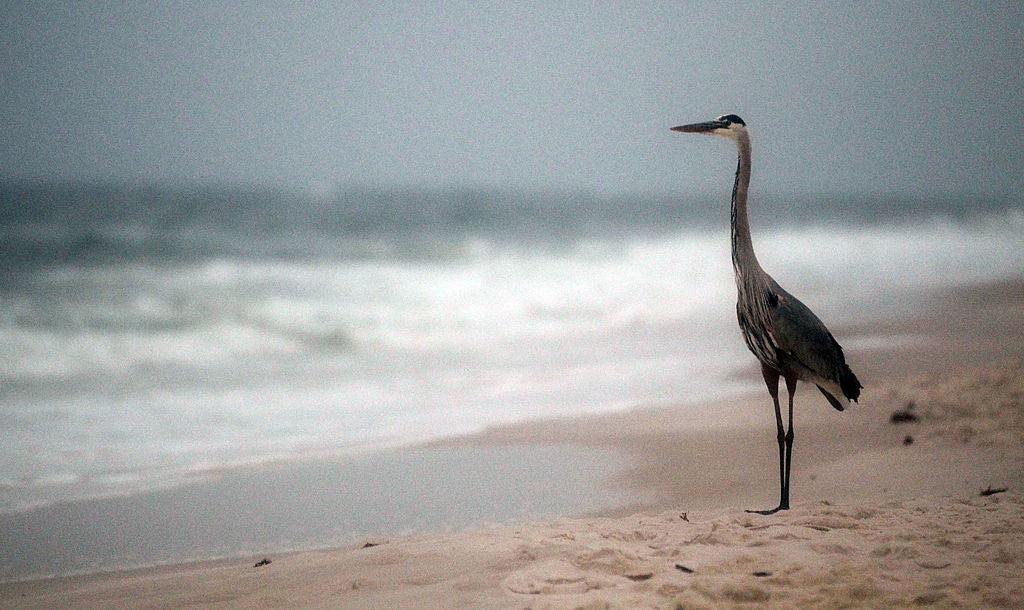 One grim night just over seven years ago, the oil tanker Deepwater Horizon experienced a blowout, burst into flames, and dumped what would become 3.2 million gallons of oil into the Gulf of Mexico. The explosion and accompanying leak killed 11 people, sickened many thousands of animals, and covered the beaches with thick black oil for months to come. Fish and birds would continue to die over the ensuing years, as tar balls washed up on the beach and the economy and environment of the Louisiana coast struggled to recover.

Despite a lengthy legal case and extensive damages, not a single executive or employee from BP, the company responsible, went to jail. But more than a hundred citizens with no role in the disaster were imprisoned for the crime of filing false claims. The irony still makes Daniel Jacobs’ head spin. Jacobs, a visiting associate professor of management in the College of Business Administration, calls it “the inherent social injustice” of the BP debacle.

Some of Jacobs’ frustration with the case — along with several years of research and reporting — went into “BP Blowout: Inside the Gulf Oil Disaster.” Jacobs was brought to the book, published by the Brookings Institute Press around the same time Lionsgate released the film “Deepwater Horizon,” largely because of his work as a former environmental and civil rights lawyer who believes business functions best when it’s humble and responsible.

BP, for the most part, wasn’t. He repeatedly heard them called arrogant by sources in the business. “They had been having problems since 1990 and had the worst environmental record of any major oil company I’m aware of,” Jacobs says. “My best source said [a major blowout] could have happened to any company, but was more likely to happen to BP.”

For Jacobs, who worked early in his career in the U.S. Department of State and Department of Justice, it all adds up to a very clear lesson to pass on to his classes. “If you have a company with principled leadership, state-of-the art risk management and progressive sustainability practices, it’s far less likely for this kind of thing to happen. As I teach my students, core values matter."

Ethical business, he says, starts with a responsible company. “But then you do need to have sufficient government oversight and enforcement for the ones that don’t get it. So when you have a company with a very bad record, you need to be circumspect about granting permits for drilling in a really tough area.”

Jacobs has been able to see the tangible effects of pragmatic environmental regulations, which are not terribly popular in Washington these days: Jacobs recalls visiting Los Angeles in the ’80s and seeing thick, choking smog, very different from what he sees from St. Roberts Hall in 2017. “Now from my classroom at LMU, you can look out my window and have a great view. And that’s due to regulation.”

Jacobs came to LMU for the fall 2016 term after a life spent mostly on the East Coast, as well as several summers at UCLA and elsewhere. “I’ve been a California wannabe for a long time and am finally living the California dream.”

He’s especially pleased with the campus ethos. “I think this generation [of students] has grown up with better values than prior ones. Many of my students are just bewildered by how such companies can act so irresponsibly.”

At LMU, he teaches a core business course on social responsibility. Part of what he tries to get across to students is that sustainability is not incompatible with profit. By ignoring the potential for a mistake or disaster — which can happen whenever you drill for oil — BP cost itself $62 billion dollars, and its reputation will always be linked with the Deepwater Horizon debacle.

“Think of it — they [BP] are responsible for the most expensive man-made corporate disaster on record in the history of the world.” The company, he says, is proof that “sustainability does not necessarily cost you money; sustainability can make you money.”

Scott Timberg is a culture writer for the website Salon and the author of “Culture Crash: The Killing of the Creative Class.” Timberg was a staff writer for six years with the Los Angeles Times, and his work has appeared in The New York Times, Los Angeles magazine. His feature story “Middle of Nowhere,” about the deterioration of the middle class, appeared in the winter 2016 issue of LMU Magazine. Timberg’s ArtsJournal blog is called CultureCrash. Follow him on Twitter @TheMisreadCity.