A Conversation with David W. Stewart 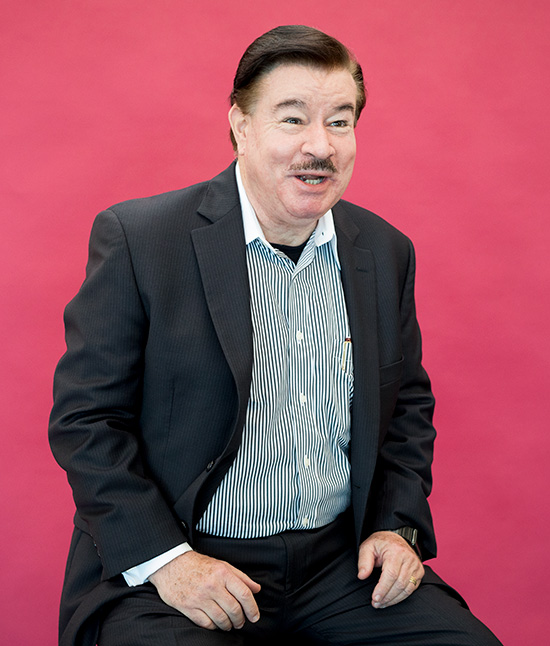 David W. Stewart is President’s Professor of Marketing and Business Law in the Department of Marketing and Business Law in the College of Business Administration. The author of 12 books and 250 articles, Stewart has researched topics such as marketing strategy, analysis of markets, consumer information search and decision making, and the effectiveness of marketing communications. In 2015, he received the Marketing and Society Lifetime Achievement Award from the American Marketing Association. Stewart earned a Ph.D. in psychology from Baylor University.

Research tells us more men are shopping for groceries than in previous generations. Why?
There are two reasons. First, the millennial generation is delaying marriage. Men are single longer. So, they’re having to become shoppers. Second, gender roles are changing. Men are more involved in household chores generally: cooking, food shopping and household shopping. Men still shop tactically. By that I mean they have to eat tonight, so they shop for tonight. Women still tend to be the household planner. They’re more strategic.

When did the trend of men doing more shopping become noticeable?
It’s been increasing over the past two or more decades. Certainly, the fact that men are staying single longer forces them to become more independent shoppers. Single people generally are more short-term in their shopping. It’s when the family is in place that there’s a natural tendency for women to take on a role as the planner. Yet we’ve seen a gradual but very clear change over time.

Are there gender differences at play in the different ways that men and women typically shop?
I wouldn’t say there are gender differences in the sense of biology. It really has to do with social roles — what women are taught to do, or the roles they’re expected to take on. One reason we know that these behaviors are not necessarily completely gender-driven is that we see exceptions. I did an NPR interview about this topic and there was a call-in segment. A single father called in. He had to think about how to feed his children over the next week. So, he was more strategic; he was the planner for the family. He made lists and was more cost-conscious, because he was now in a role that required him to think beyond the evening meal. When we put people in a different role, the experience often changes their orientation to shopping.

Are there products that men traditionally have not shopped for and continue to avoid?
Yes, men are somewhat embarrassed to shop for feminine hygiene products. Men also are often reluctant to shop for women’s personal care products, such as lotions and cosmetics, unless they’re given a list. It’s not because they’re embarrassed; they just don’t know what to buy. But most of the other barriers around products have tended to fall over time.It may be a stereotype that men are more technologically oriented than women, but are men more likely than women to use shopping apps on their phones?
I think that really is a stereotype. We’re not really talking about technology here. An app has technology under it, but an app is a tool. Women are very comfortable with such tools. We don’t see a lot of difference. In fact, because women tend to be more price-sensitive, they tend to check out prices and use their smartphone apps to assist with shopping more often than men do.

Do you shop differently because of what you’ve learned?
I do. It depends on what I’m buying. For a lot of things, I’m still very tactical. On the other hand, there are shopping trips during which I know that I need to be shopping for the next couple of weeks. I probably am more price-sensitive than the typical male shopper. It goes back to the role issue: My role as a professor and student of consumer behavior has me paying attention to advertising and shoppers’ habits, so I pay more attention than the typical person.