Kate Micucci — smart, witty, musical, artistic, funny — could make a living five different ways. From club gigs to television and movies, she’s built a mosaic of a career on those talents. “Unleashed,” her new film now in theaters, is just her latest project. Micucci remains deeply involved with LMU’s College of Communication and Fine Arts through a scholarship she established for studio arts majors and as a member of the CFA Council. Micucci was interviewed by Editor Joseph Wakelee-Lynch.

You are a singer, songwriter, comic, artist and actor, and you’re often seen with a ukulele in hand. How do you describe yourself?
I can’t really categorize myself, but I don’t worry about it. I love music, and composing always has been a big part of my life. Acting is so much fun, and art is something I do every day. I admire Martin Mull. He paints, he acts. He’s someone I look up to in finding a balance of art, music and acting.

You’ve wanted to be an artist since the age of 3 or 4. How did you know?
Drawing was something I did from an early age. My parents were very awesome in always supplying my brother and me with art supplies. Also, my mom had me in piano lessons at the age of 4, and I started competing at the age of 6. I competed in classical piano up until I was 18. That had a big influence on me. When I was a kid, I was playing music, writing songs, putting on shows in the backyard, making little movies with my brother and drawing all the time. I guess you could say I did everything that I’m doing now.

Did you enjoy participating in piano competitions?
I didn’t like it, no. I had temper tantrums as a kid. I would get so angry about having to practice, and I fought my mom about it. But my mom knew it was important. I was not allowed to quit, and now I’m so grateful, because I know I wouldn’t be writing and playing music the way I am.

When you were a kid yourself, did other kids think you were unusual because you were so devoted to the arts?
I was not a cool kid at all. I was the weird kid who ate her lunch in the art room and would spend extra time drawing in high school. I always found my comfort in making things. I was friendly with everyone, but I kept to myself a lot. My parents begged me to have friends over or to go out to the movies with friends.

When you began studying at LMU, you got involved in ARTsmart, LMU’s community service program that brings art to local elementary students. What drew you to it?
It was serendipitous. I transferred to LMU in 2001. Terry Lenihan, professor of studio arts in the College of Communication and Fine Arts, runs ARTsmart and was putting up posters about it one day. I asked, “Hi, what are you doing?” She said, “I’m putting up fliers. Would you like to be part of ARTsmart? It’s about teaching art to kids.” I said, “Sign me up!” I loved it, and I’m so happy it’s still going. It’s so important for LMU students, and it’s important for the kids, who wouldn’t have art otherwise. If I weren’t doing what I do, I’d probably be a teacher.

The relationship between artist and audience during a performance is fascinating. Is trust an important element of your comedy?
It’s a lot about honesty. With Garfunkel and Oates, we don’t plan what we’re going to say; we just start talking. We share true stories, and we talk about our day on stage. It’s kind of like hanging out in our living room. I think people can sense that what we’re saying is real. 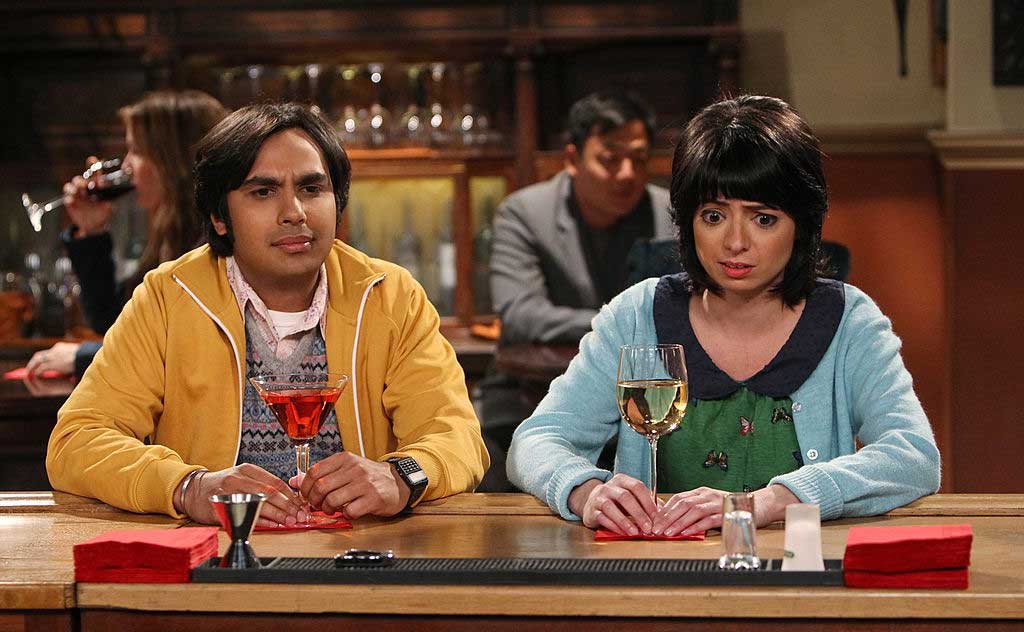 Does audience feedback shape your performance?
All the time. Often you can’t see the audience’s faces, or maybe just those in the first or second row. But you can sense an electricity, and you also know when something bombs very quickly. That’s the thing about live performance that I like so much: You feel everything.

How would you describe your path from LMU to doing TV and movies?
After LMU, I didn’t know what to do with my life. I was doing whatever job I could to make extra money. I was baby-sitting, teaching piano and teaching sand castle building. Ron Marasco even hired me to make masks for a production of “Hamlet.” I knew I wanted to act, but I didn’t know anyone in the business or how it worked. I was baby-sitting for a family that lived next door to a commercial casting director. I had mentioned that I wanted to do commercials, and the woman I baby-sat for said, “Oh, Maryclaire Sweeters lives next door. You should put a note in her mailbox and tell her who you are.” Sure enough, Maryclaire called me up and that led me to my first commercial agent and a bunch of commercials. Once that happened, I felt I was on my path.

Was Ron Marasco an influence as a teacher?
Yes, I took a few of his classes in which he talked about acting, and I took really clear notes. Then, I photocopied my notes and gave them to a friend as a Christmas gift. That sounds like a really weird thing to do, but that eventually ended up in an incredible book that he published called “Notes to an Actor.” I loved Ron’s classes. He’s an amazing teacher.

Who are the female comic actors who have influenced you?
No. 1 is Lucille Ball. Lucy shaped how I think about physical comedy. The scene that goes “Slowly I turned, inch by inch, bit by bit …” — I love that kind of physical humor. There were a lot of amazing bits in Lucy’s show that were based in vaudeville. I’m also a huge fan of Sarah Silverman, Tig Notaro and Maria Bamford. They are three of the strongest female comic voices ever.

Do you have favorite funny songs?
When I first saw Adam Sandler sing “The Chanukah Song” on “Saturday Night Live,” I thought I could do that. I was 13 or 14, and I always wrote songs. So I wrote a song called “Betsy the Cow.” It wasn’t as funny as “The Chanukah Song.” Also, I had a Gilda Radner album, and it had a song called “Let’s Talk Dirty to the Animals.” There were some mild swear words in it, and my parents would let me get away with singing it. That’s another musical comedy song that shaped me.

Is it scary to be in a business where you make your way by your wits and talents?
I don’t think about it in that way. I don’t want to be fearful; I want to go into something with hope. It’s hard work, and I think people sometimes don’t realize how much hard work goes into it. But if you work really, really hard, something cool is going to happen. But I also know there is luck involved, and I do feel very lucky.

What’s the hard part about earning a living in comedy?
When you’re starting out, it’s how do you pay your rent, your bills, and still pursue the thing you want to pursue.

You said once, “a lot of my work is about love in a way.” What did you mean by that?
I had my first solo art show in Los Angeles in 2015, and a friend went to the show and said, “Wow! All of this is about love.” I didn’t realize that, and I suddenly got embarrassed a little. “Yeah, you’re totally right,” I told her. My cartoons are very much about how people relate to one another: dating, marriage, divorce. I’m fascinated by that, but I wasn’t aware of how much I drew about love until my first art show.

Speaking of love, Finn Taylor, the director and writer of your latest movie, “Unleashed,” said his goal in the movie was to explore the unconditional love that pets offer people. Is that what appealed to you when you read the script?
I loved the script, and it offered a chance to be a lead in a movie, which I hadn’t done before. More than that, there were many coincidences in the script that I related to. I am a dog person, and I love dogs. But the overall idea of the movie is so sweet and happy. And it seems to be a movie that is making a lot of people happy. It just won the audience award at the Mill Valley Film Festival.

What have you done that satisfies you the most?
Performing live is very satisfying, but sometimes I’m so excited when I’m staying up late and writing a song at a piano. Finishing a song, even if no one has heard it yet — that’s a very satisfying feeling. But I always have to share it. I feel overwhelmed when someone tells me that I’ve helped them because I’m just making stuff and hoping it brings some joy somehow. If it connects and helps someone, that really means something to me. I really love sharing the things that I make. I guess I’m lucky in that way.